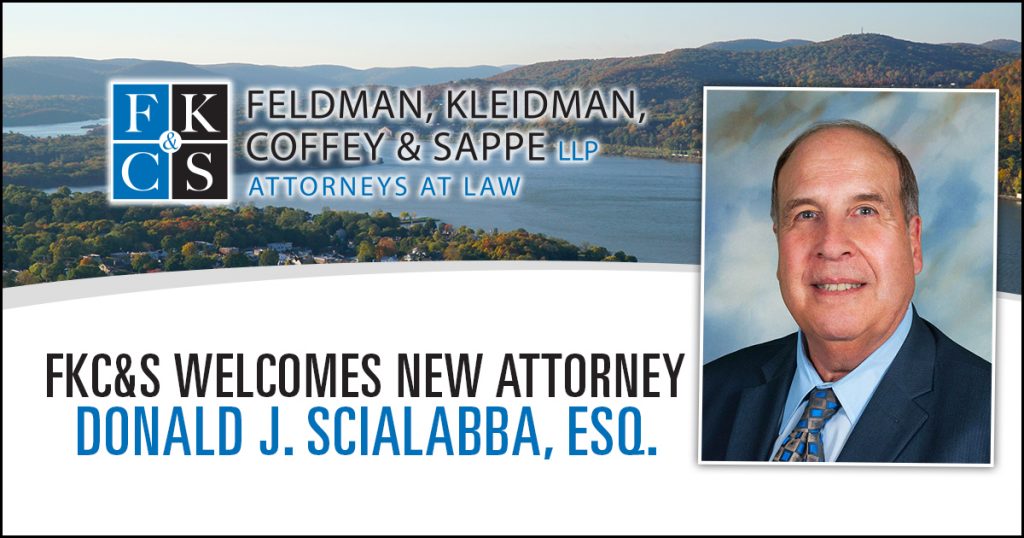 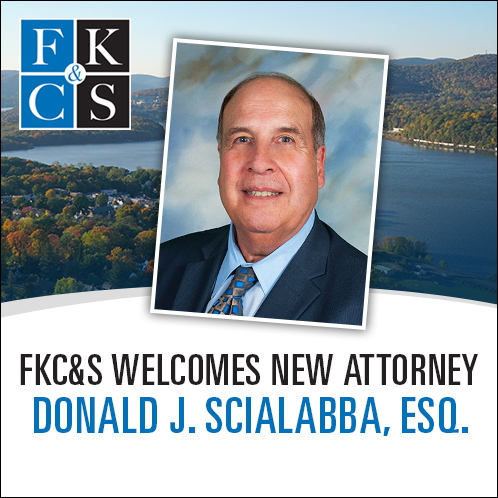 In an exciting move to expand its law firm, Feldman, Kleidman, Coffey & Sappe LLP (FKC&S), specializing in personal injury law and professional liability defense based in Fishkill, NY, announced the addition of Donald J. Scialabba, Esq. to its legal team. Selected as a “Best Law Firm” by U.S. News & World Report for eleven years in row, FKC&S has been successfully trying cases at all levels of state and federal courts throughout the Hudson Valley and the Capital District for over 33 years.

“Our defense attorneys are some of the most experienced medical malpractice trial attorneys in the Hudson Valley,” said Jeffrey M. Feldman, founding partner of FKC&S. “Don’s rich experience and insight will be invaluable to our team and to the clients we serve.”

Admitted to practice law in both New York and Connecticut, Donald Scialabba brings over 38 years of experience to the firm. He has previously represented physicians, dentists, medical facilities and pharmaceutical manufacturers in medical malpractice, product liability and general liability trials in the New York Supreme Court, all counties of the New York metropolitan area, throughout the Hudson Valley and in the United States District Courts for the Southern and Eastern Districts of New York.

After earning his Juris Doctor degree at Seton Hall Law School in Newark, NJ, Mr. Scialabba passed the New York State Bar exam and began his career as a medical malpractice litigator at the law firm of Costello, Shea & Gaffney, P.C. in New York City, where he later became a partner and practiced as a trial attorney for nearly two decades. Before joining the FKC&S team, he was a partner at Nealon, Scialabba & Baker, P.C. for over 14 years and in 2018 was included in The American Registry’s top five percent of America’s Most Honored Professionals list. A resident of Stony Point, NY, Donald enjoys spending time with his wife, Lorraine, and their three children, Christopher, Daniel and Laura and his new grandchild.