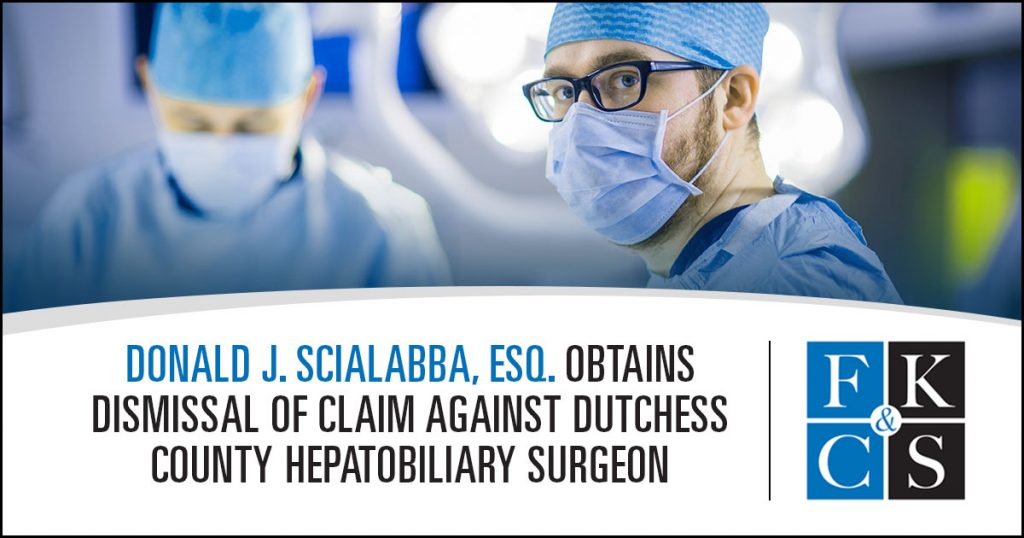 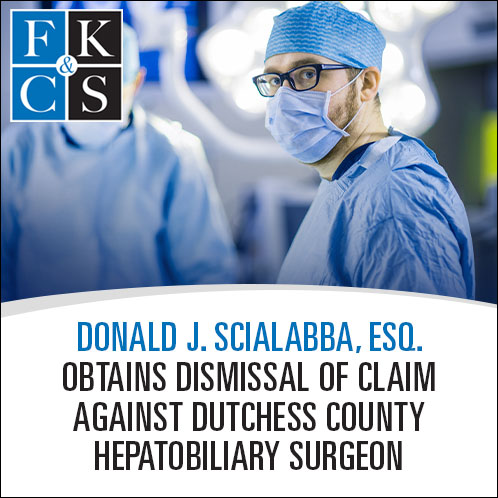 Donald J. Scialabba successfully moved for dismissal of a lawsuit instituted in October 2017, alleging medical malpractice and wrongful death against a Dutchess County hepatobiliary surgeon. Plaintiff alleged that the surgeon failed to remove a cancerous tumor from the pancreas when he performed surgery in June 2012, and instead removed a benign tumor located on the superior border of the pancreas identified by pathology to be a myelolipoma arising from the adrenal gland. Plaintiff claimed that the surgeon then made an intentional misrepresentation to the deceased patient regarding the true nature of the tumor that was removed. Shortly after the surgery, the surgeon informed the deceased that the tumor he removed was the only abnormality that he found during the surgery. He then informed them of the diagnosis of the lesion, as reported on the pathology report.

The motion to dismiss was granted when it was successfully demonstrated that the 2018 amendment to CPLR 214-a, known as “Laverne’s Law,” which extends the statute of limitations in cases alleging a failure to diagnose cancer, was not applicable to this case. It was shown that the legislative history of the amendment set forth that the retroactive aspect would apply to acts, omissions or failures occurring within two years and six months of the effective date of the amendment (January 31, 2018), but not before. It was also successfully argued that the doctrine of equitable estoppel, which tolls the running of the statute of limitations in a medical malpractice case where the plaintiff was induced by fraud, misrepresentation or deception to refrain from filing a timely action, was also not applicable to this case. The court agreed that the evidence demonstrated that there was no misrepresentation by the Dutchess County surgeon regarding the information imparted to the deceased as to the pathology analysis of the lesion that was removed.