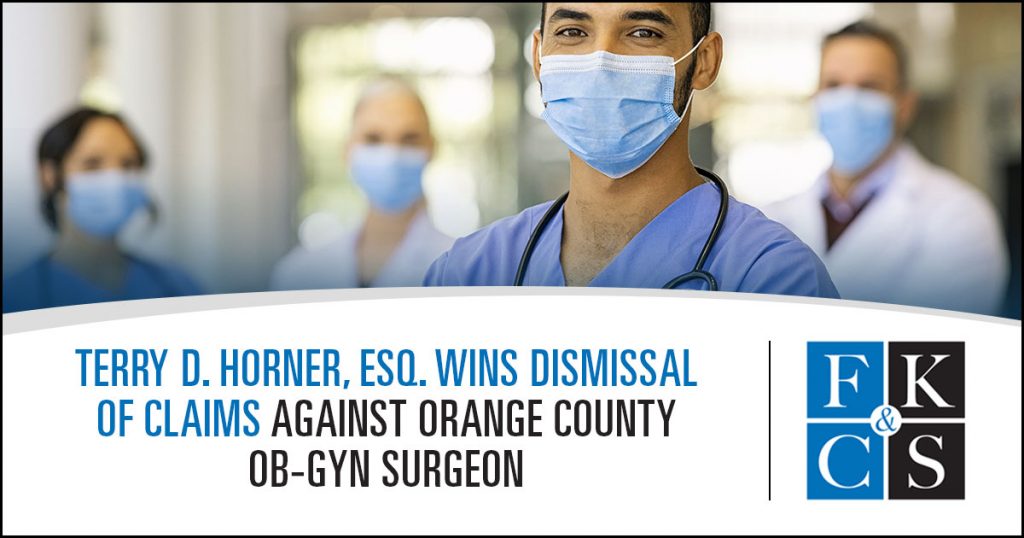 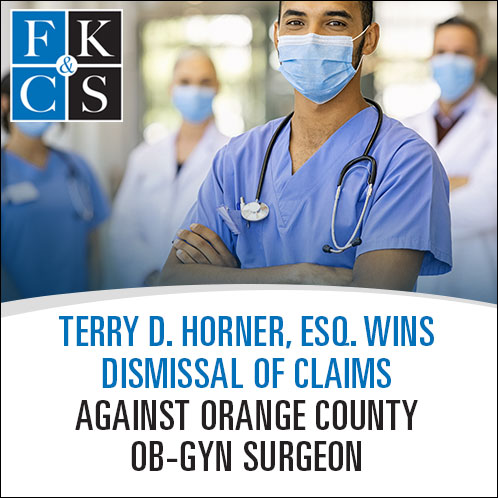 Terry D. Horner recently won a dismissal for an Orange County, NY OB-GYN surgeon in a case involving a 46-year-old patient who was referred to him during an episode of heavy uterine bleeding. The patient had a history of two cesarean sections, uterine fibroid and abnormal uterine bleeding. Following a transvaginal ultrasound – ordered by another physician – that showed a large (6.6 cm) uterine fibroid, and a course of Provera, the uterine bleeding resumed. She returned to her provider and was scheduled for a dilation and curettage (D&C) and hysteroscopy that same day with Feldman, Kleidman, Coffey & Sappe LLP’s (FKC&S) client.

Because he was unable to achieve adequate hemostasis during the D&C, FKC&S’s client recommended a laparoscopically assisted vaginal hysterectomy, which was done the next day. The patient went home from the hospital after an overnight stay, but later returned to the emergency department with complaints of chest pain and flank pain. A computed tomography (CT) scan revealed damage to the right ureter. When a urologist was unable to place a stent, the patient was transferred to another hospital where a nephrostomy tube was placed. The patient ultimately had a successful ureteral reimplantation.

The patient and her husband claimed that FKC&S’s client was negligent in causing a ureteral injury during the hysterectomy, even though such an injury is a known risk of that surgery.

FKC&S filed a motion for summary judgment, arguing that a ureteral injury is a recognized complication of a laparoscopically assisted vaginal hysterectomy, because it is anatomically impossible to fully visualize the ureters during the surgery, and that the size and location of the patient’s uterine mass made visualization even more impossible.

In opposition, the patient’s expert gave a general opinion about departures from the standard of care, but – the court found – “did not attest to specific departures” of FKC&S’s client. Ultimately, the court determined that the plaintiff’s expert did not refute the opinion of FKC&S’s client that the distal portion of the ureter simply could not be visualized under these circumstances. The court granted the motion and dismissed all claims against FKC&S’s client.