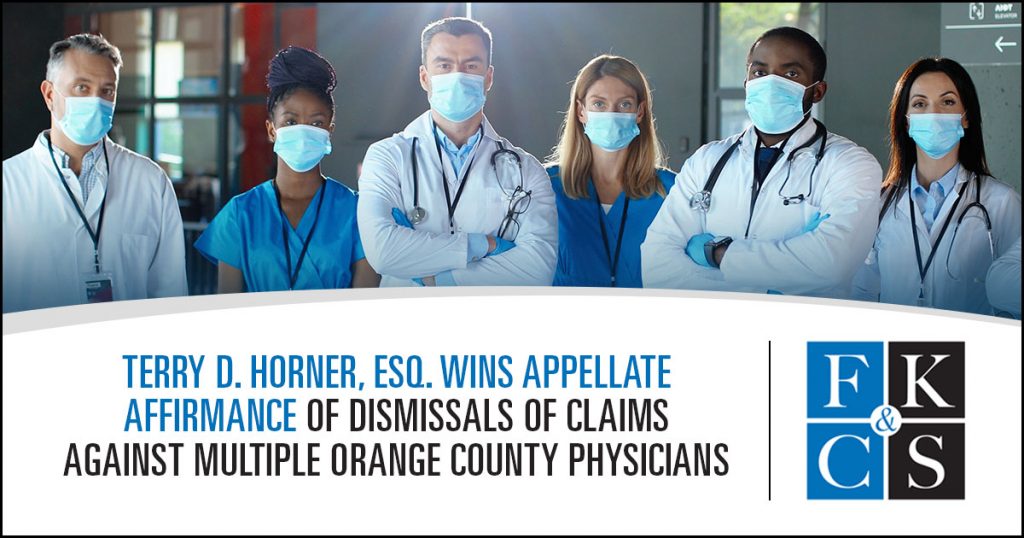 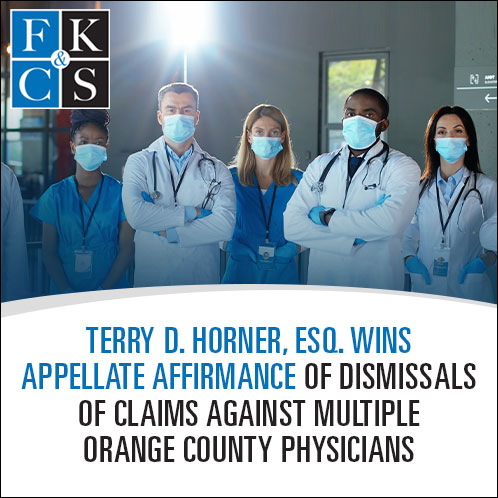 The defendant had injured her leg when her apartment balcony gave way. She was initially treated by a co-defendant emergency physician, and thereafter saw each of the FKC&S clients in and out of the hospital on multiple occasions for a variety of medical conditions, until she died four months later. The estate sued the defendant’s landlord and settled that case, but also brought a medical malpractice action.

The estate’s theory of medical malpractice was that, despite being treated for acute renal failure, undergoing two cardiac catheterizations, having issues with her diabetes, as well as the lap band placed years earlier during bariatric surgery, it was the alleged negligent treatment of the wounds to the left calf precipitated the defendant’s death and caused significant pain and suffering.

The autopsy report made no reference to any infection relating to the patient’s cause of death – the causes of death being multiple complications of hypertensive cardiovascular disease, diabetes mellitus, obesity and pulmonary hypertension.

Shortly before the scheduled trial was to begin, the trial court granted FKC&S’s motion to dismiss the claims against six of the seven FKC&S clients on statute of limitations grounds, leaving a claim against just one of the physicians.

As the long-scheduled trial date approached, the plaintiff’s attorney did not serve expert witness disclosure, as required, and admitted that she did not yet have an expert witness to prove the medical malpractice claims. After warnings and new deadlines from the trial judge, the claim against FKC&S’s remaining client was dismissed on FKC&S’s motion for the plaintiff’s failure to be ready for trial with an expert.

The plaintiff appealed multiple orders dismissing numerous claims against several defendants, including FKC&S’s clients. The Appellate Division, Second Department rejected the plaintiff’s arguments and recently affirmed all the dismissals. The court held that FKC&S’s motion to dismiss on statute of limitations grounds was properly made and meritorious, and that the plaintiff had failed to raise a triable issue of fact in opposition. The court also held that the trial justice had “providently exercised its discretion” in dismissing all remaining claims in light of plaintiff’s failure to serve expert witness disclosure and to be ready for trial with an expert.