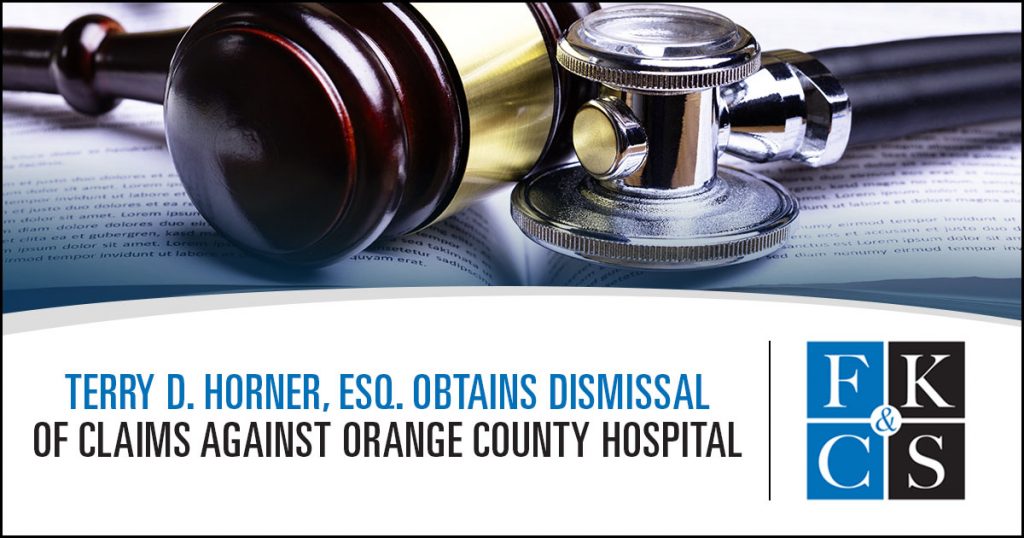 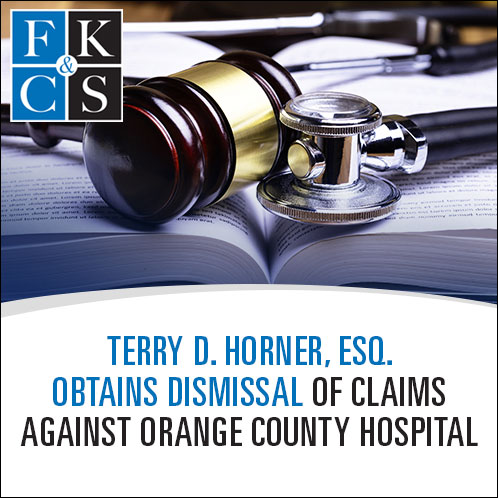 In September 2020, Terry D. Horner, Esq., obtained the dismissal of a claim against an Orange County, New York hospital after the plaintiff, a patient’s estate, claimed the hospital, a second hospital, two nursing homes and a physician were collectively negligent in treating a foot wound that led to gangrene, sepsis, an additional amputation, bed sores, medication addiction, pneumonia and death.

When the patient’s daughter sued the five defendants, she did not yet have permission to sue on behalf of the patient’s estate, as legally required. The defendants, including Feldman, Kleidman, Coffey & Sappe LLP’s (FKC&S) hospital client, moved to dismiss the complaint. That motion was granted and, as required, the plaintiff was given six months to file a new complaint.

After the plaintiff received permission to sue on behalf of the estate, she did not file another complaint for ten months – four months late. The defendants, including FKC&S’s hospital client, again moved to dismiss the complaint. The motion was granted, and the complaint was dismissed “with prejudice,” meaning the plaintiff could not sue again.