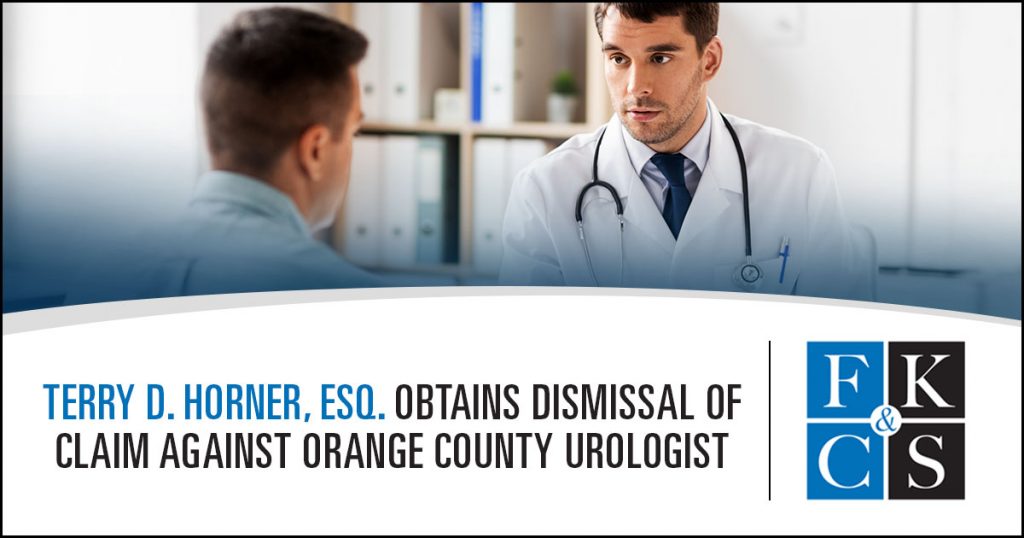 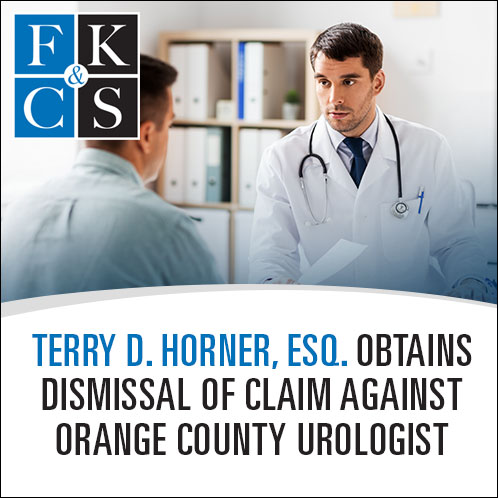 Terry D. Horner, Esq. obtained the dismissal of a claim against an Orange County urologist after the plaintiff claimed he negligently performed a vasectomy.

After the vasectomy was performed by FKC&S’s client, the plaintiff complained of pain, swelling, bruising, fever and an open incision. He was prescribed an antibiotic for epididymitis (inflammation of the tube at the back of the testicles that carries sperm), which was largely resolved one month later. The plaintiff scheduled another appointment two months later, but cancelled it. He called the office again a few days later to report swelling and bruising but did not make another appointment.

When the plaintiff sued FKC&S’s client, his attorney failed to include with the complaint the legally required certificate of merit, in which the attorney must certify that he or she consulted with a knowledgeable physician, and based on that consultation, believes in good faith that the malpractice claim has merit.

FKC&S asked the plaintiff’s attorney multiple times over a period of months to file the certificate of merit, but he did not do so. The court granted FKC&S’s motion to dismiss the case, which the plaintiff did not oppose.