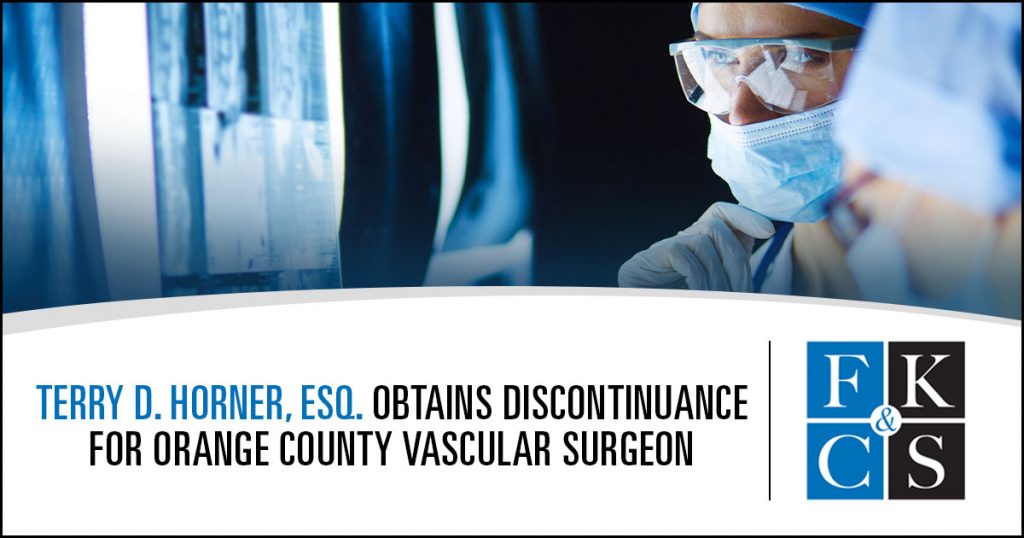 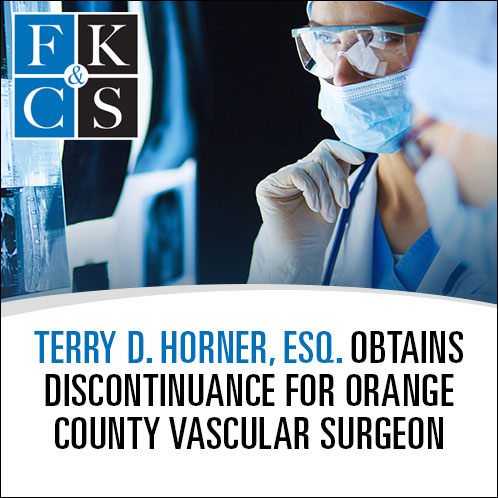 Terry D. Horner, Esq. recently obtained a discontinuance against a vascular surgeon based in Orange County, NY after a plaintiff claimed that his long-time management of her severe peripheral vascular disease resulted in the unnecessary amputation of her left leg.

The plaintiff was an elderly woman with significant health problems, including chronic lymphocytic leukemia, diabetes mellitus, coronary artery disease, abdominal aorta aneurysm, severe osteoarthritis of the left knee and a 50-year smoking history. In addition, she had a significant history of non-compliance with medical advice. The plaintiff came under the care of FKC&S’s client, a vascular surgeon, for peripheral vascular disease and claudication—ambulation-limiting pain in the lower extremities due to poor circulation. At one point, FKC&S’s client recommended that plaintiff undergo a vascular procedure, which the patient failed to schedule. This resulted in additional vascular issues, more difficult to treat.

When the patient finally returned to FKC&S’s client, he performed a femoral to anterior tibial artery bypass in the plaintiff’s left leg. When plaintiff developed a graft thrombosis (obstruction), our client performed a thrombectomy and angioplasty (expansion of the artery). The plaintiff later developed a wound infection and additional arterial blockages. After multiple additional vascular surgeries failed to restore adequate circulation in the leg, and the plaintiff’s foot became gangrenous, she underwent a left below-knee amputation. When the amputation stump became necrotic, FKC&S’s client performed an above-knee amputation.

FKC&S filed a motion for summary judgment seeking dismissal of the plaintiff’s claims against our client, arguing that the care and treatment provided to the plaintiff was within the standard of care, and that nothing he did or did not do proximately caused the plaintiff’s amputations, which became necessary because of her complicated health history and severe circulation problems. Based on the strength of the arguments in the motion, the plaintiff decided to voluntarily discontinue the case against FKC&S’s client, thereby obviating the costs and risks of a trial.