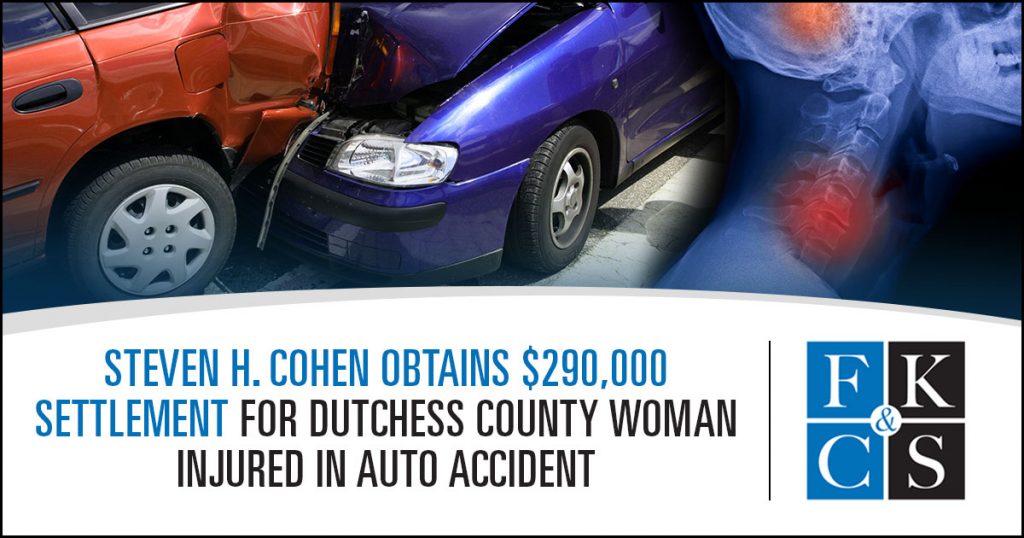 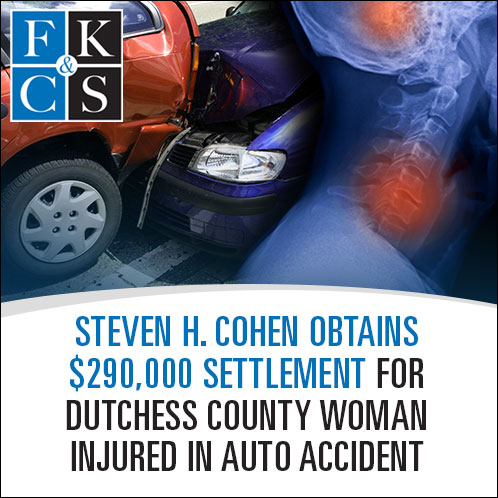 In February 2019, Feldman, Kleidman, Coffey & Sappe LLP’s (FKC&S) client, a 60-year-old IBM programmer and resident of Wappingers Falls, NY, was driving home from work on All Angels Hill Road. Another driver crossed over into her lane, striking her head-on. After the initial collision, she was rear-ended by another car. The driver who crossed over the double yellow lines denied any wrongdoing.

As a result of the accident, FKC&S’s client experienced a neck injury, concussion and post-traumatic stress disorder (PTSD). She attempted returning to work after a few months, but had trouble keeping up and decided to take an early retirement.

When FKC&S took the case in, Steven H. Cohen and the defendant’s insurance carrier were of very different views regarding the nature and extent of FKC&S’s client’s injuries. The insurance carrier would only offer $4,000 to settle, denying the extent of the injuries sustained by the plaintiff. FKC&S filed suit. After depositions, the offer increased to $15,000. The defense exercised its right to have FKC&S’s client examined by a physician of its choosing, and that physician confirmed what Cohen had been advocating and confirmed the nature and extent of FKC&S’s client’s injuries. Before trial, the case was settled for $290,000, which was just under the total amount of insurance coverage.