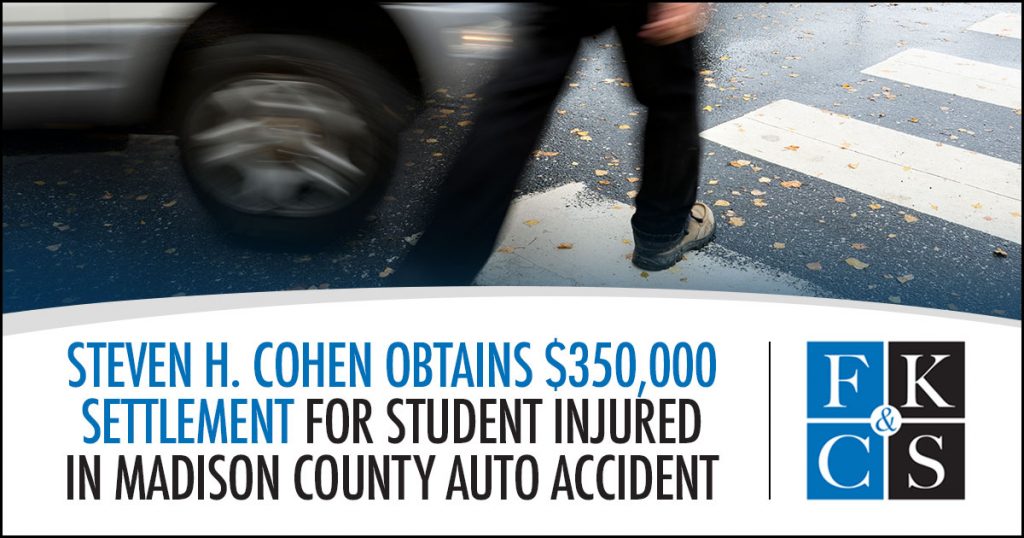 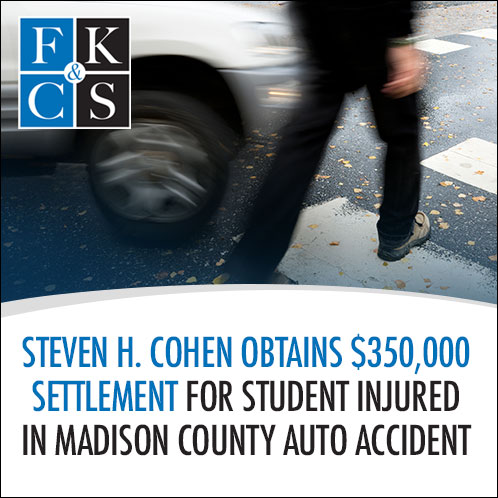 Steven H. Cohen recently obtained a $350,000 pre-trial settlement for a 20-year-old resident of Staatsburg, NY who was injured in an auto accident. In September 2016, Feldman, Kleidman, Coffey & Sappe LLP’s (FKC&S) client was attending college in Morrisville, NY. Late one night, he was walking in a crosswalk with friends when he was struck in the crosswalk by the defendant’s vehicle. The driver testified that he never saw any of the pedestrians. As a result of the impact, FKC&S’s client sustained a fractured rib, concussion, neck injuries and still experiences intermittent double vision. He had a significant prior accident that also resulted in vision issues. A doctor who examined FKC&S’s client on behalf of the defense confirmed that the double vision was in fact from this incident and not from the prior accident.