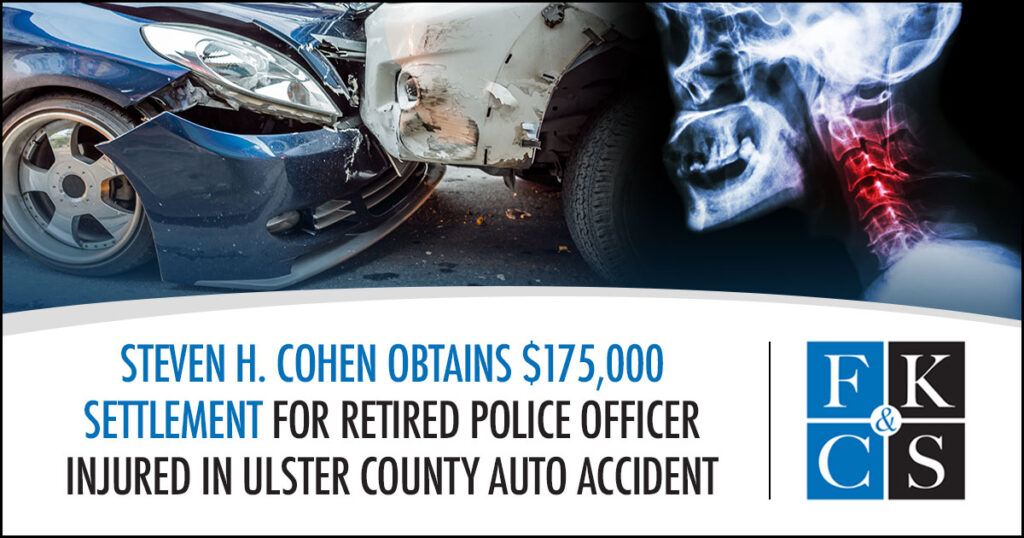 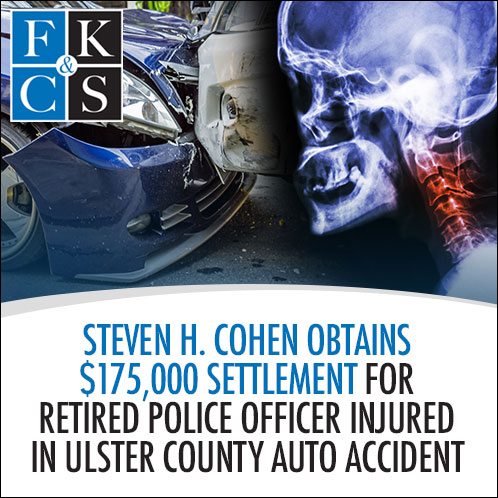 Feldman, Kleidman, Coffey & Sappe LLP’s (FKC&S) client, a 50-year-old retired police officer, was injured in an auto accident in his hometown of Highland, NY in June 2019. He was at a full stop on U.S. Route 9W when he was rear-ended and his car sustained minimal visible property damage. Prior to the accident, FKC&S’s client had multiple neck injuries and had undergone major neck surgery in 2018. Medical scans did not show any new anatomical injuries post-accident, but he was forced to undergo another neck surgery in March 2021 at the Hospital for Special Surgery in New York City.

The defense argued that our client did not sustain any new serious injuries in this accident and that he would have needed the additional neck surgery due to normal aging and degeneration anyway. Even with his prior injuries, our client was very active before this car accident. Therefore, Steven H. Cohen argued that this crash clearly contributed to our client’s need for the latest surgery and that it resulted in him having limited use of his neck. The case was placed into suit and settled for $175,000 after depositions.