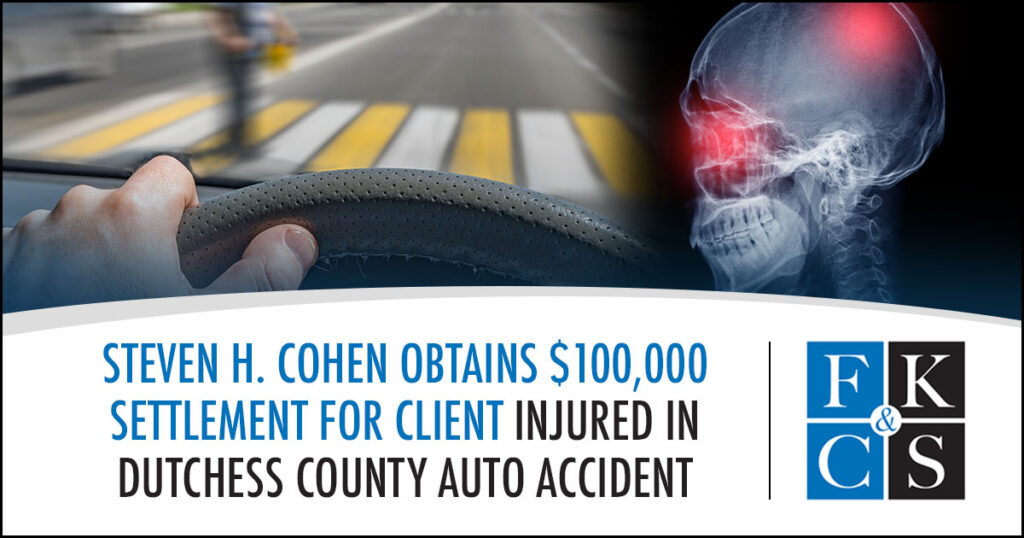 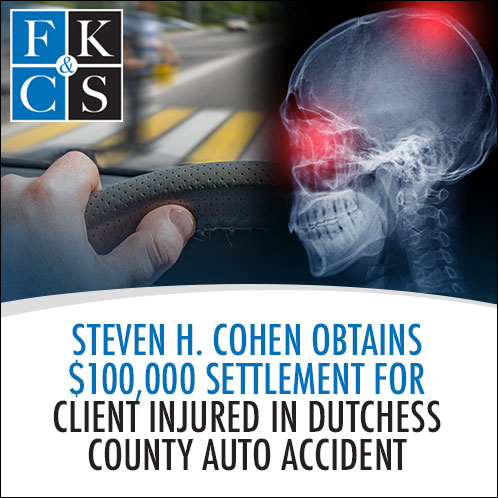 In August 2021, Feldman, Kleidman, Coffey & Sappe LLP’s (FKC&S) 59-year-old client, a resident of Somers, NY, was traveling to work in Fishkill, NY. She was on Broad Street, crossing Jackson Street, when she was struck by the defendant who failed to yield the right of way. FKC&S’s client struck her head in the crash and suffered neck injuries and a concussion, which has resulted in some vision issues.

Initially the insurance carrier for the defendant driver offered a minimal amount to settle the case. After depositions and an exam by the defense’s eye doctor, the case was settled for full policy limits, totaling $100,000. Interestingly, FKC&S’s client’s treating eye doctor had no trouble relating the eye injuries to this crash. The defense’s doctor opined that he would expect vision issues from a crash like this one, but he did not see any such issues here. FKC&S’s client had reported eye issues all along, and every medical record documented this.

With this evidence, the defense knew they had a problem with the report of their examining physician and FKC&S advised them their doctor would not survive cross examination at trial. The full policy was tendered shortly thereafter.