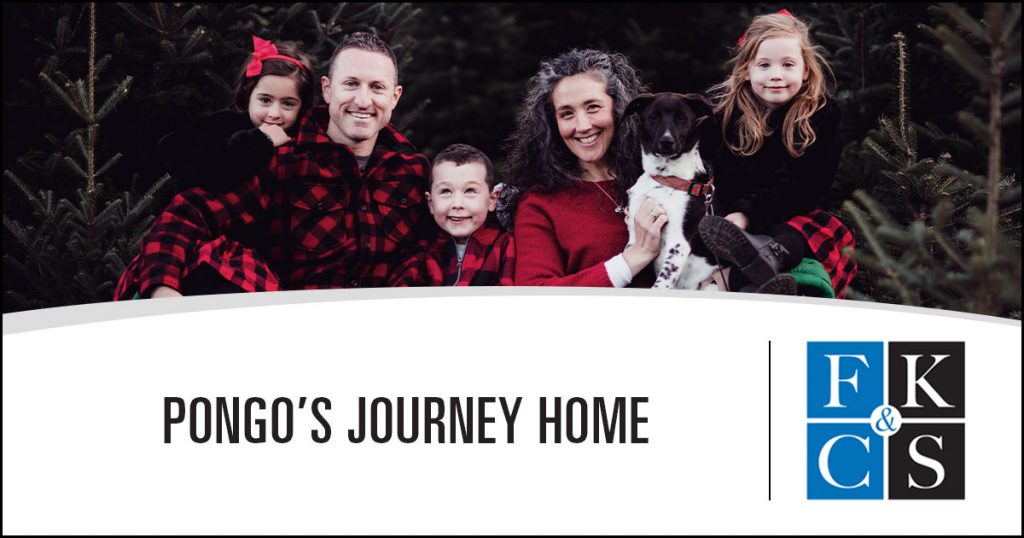 “If the kindest souls were rewarded with the longest lives, dogs would outlive us all.”

To Kathryn Collins, partner at Feldman, Kleidman, Coffey & Sappe LLP, animals have always been cherished companions. She grew up on an old apple orchard with a variety of pets and her mom bred collies, giving her plenty of early life experience with dogs.

A few years after she graduated from law school, Kathryn brought home a golden retriever named Quinn, who was with her through major milestones such as marriage, the birth of her three children, career advancements and more. In September 2020, after 16 years together, Quinn sadly passed away. Losing him was devastating, especially for the children who had spent a significant amount of time at home with Quinn during the global pandemic. His absence was strikingly painful.

Knowing that they would eventually want to bring another dog into their lives, Kathryn was intrigued by conversations with the family’s babysitter, Kerry, who volunteers for Compassionate Animal Rescue Efforts of Dutchess County (CARE of DC), a no-kill, non-profit pet adoption agency in the Hudson Valley, NY. She would show them pictures and videos of the animals, and one dog’s story resonated deeply with Kathryn. 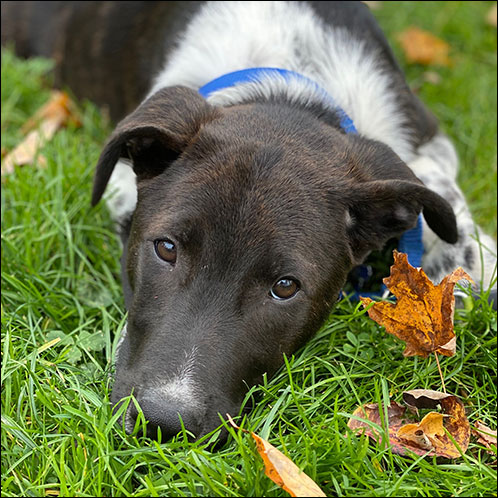 Pongo was one of five puppies born to two stray dogs on the streets of Mississippi. When one of the pups was tragically hit by a truck, the others were spotted and sent to a foster home without their parents. It was there that the remaining four puppies contracted canine parvovirus (CPV or “parvo”), a highly contagious virus that commonly causes severe illness in young and unvaccinated dogs. Sadly, one of the puppies died from the virus. One of the surviving

three was adopted, and the other two – Pongo and his brother – were sent up north to CARE of DC animal shelter. After those traumatic series of events, Pongo was understandably shaken. Once his brother was adopted from CARE of DC, he became depressed and slept most of the time.

Six weeks after her dog Quinn passed away, and not quite ready to bring another dog home yet, Kathryn decided to make an appointment to visit CARE of DC – just to check the place out. She was drawn to the dogs that Kerry had shown her pictures of, especially little Pongo, and wanted to explore the possibility of adopting from a shelter, which she had never done before. She surprised her husband and drove over on a Saturday.

“I knew within three seconds that there was no way I was leaving there without a dog,” Kathryn said.

Pongo, who was about two and a half months old and 16 pounds at the time, was visibly nervous and shaking as they approached – all because of the trauma he had experienced before landing at CARE of DC. Despite his nerves, Pongo still wanted to lick them and give them love. In that moment, Kathryn said they knew he was meant to come home with them and, luckily, they were able to surprise their kids with him that day. 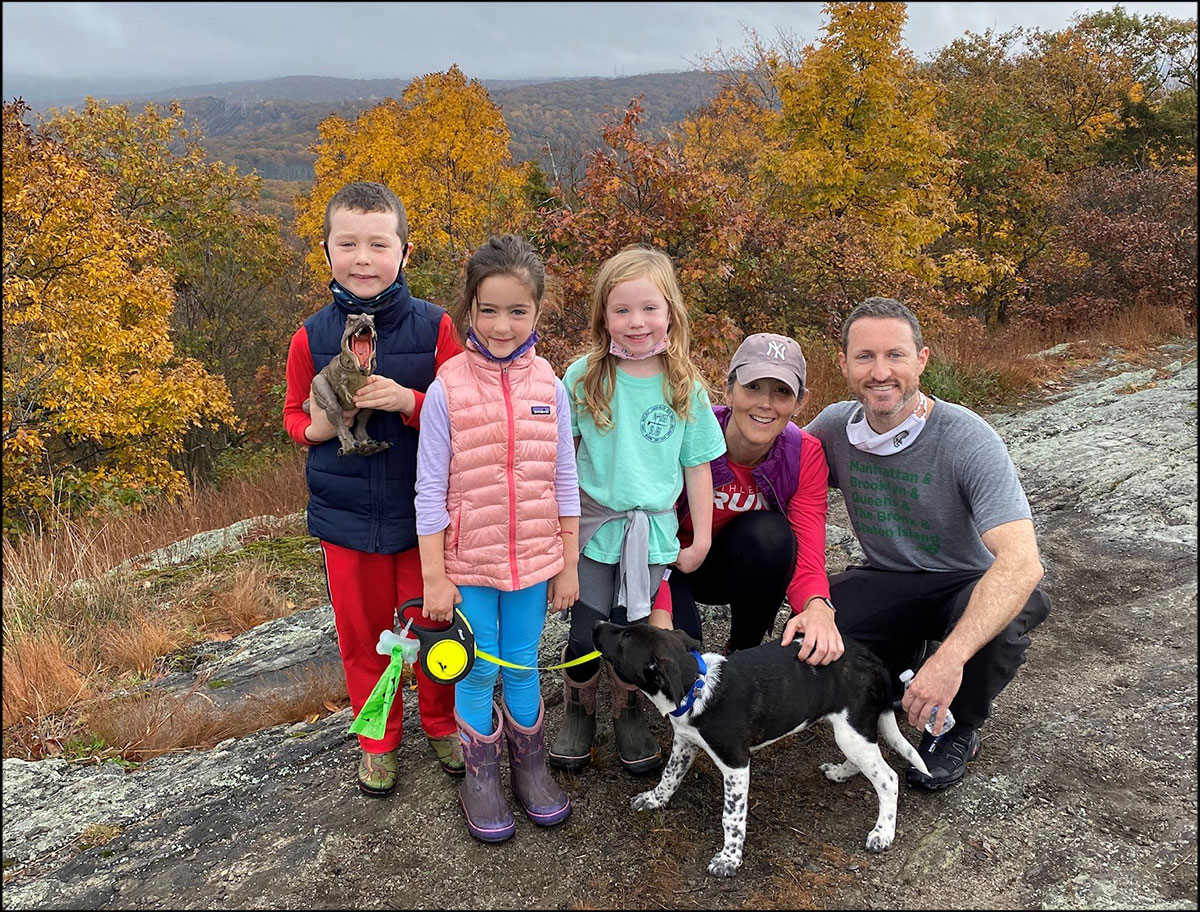 Now, nearly five months later, Pongo is a beloved member of the family and has changed their lives for the better. Bonded closely with the children, he puts them to bed every night and doesn’t come downstairs until they’re asleep. With the family’s support and patience, he’s shown much improvement and healing from the trauma he experienced as a puppy. Kathryn says that while the work requirements are different from raising a purebred puppy, it’s worth it.

“Animals end up in shelters because they’ve had some hard knocks in their lives,” she said. “There will be no more loyal companion than that adopted pet if you provide them with love, stability and patience.”

CARE of DC, located on an old farm in Wappingers Falls, NY, operates out of two barns that they have outfitted as kennels. They care for cats, dogs, birds and a variety of other small animals. The organization’s director and founder, Karen LeCain, has dedicated her life to caring for animals and is advanced in pairing the right applicants with animals that are up for adoption. Her team’s goal is to protect the welfare of animals by: providing temporary shelter and medical care for stray and abandoned animals; engaging in the humane treatment of animals with professionalism, compassion and overall safety and wellness; accepting only the most suitable and responsible adoption parents for the animals and promoting the spaying or neutering of cats and dogs to keep stray populations at minimum.

CARE of DC offers volunteer opportunities and accepts charitable donations to cover operational costs, including the opportunity to sponsor an animal. To learn more, or to inquire about adoption, please visit www.careofdc.org.