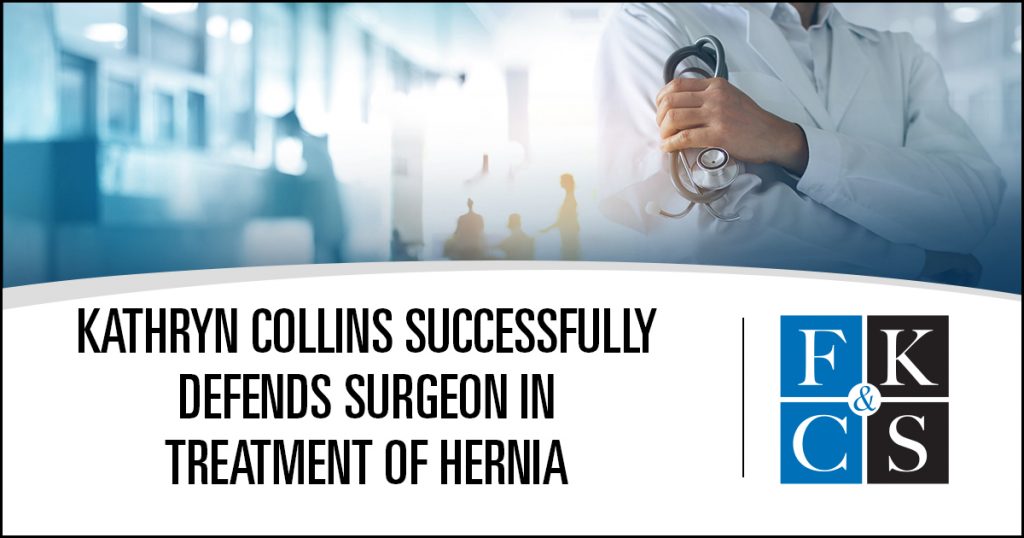 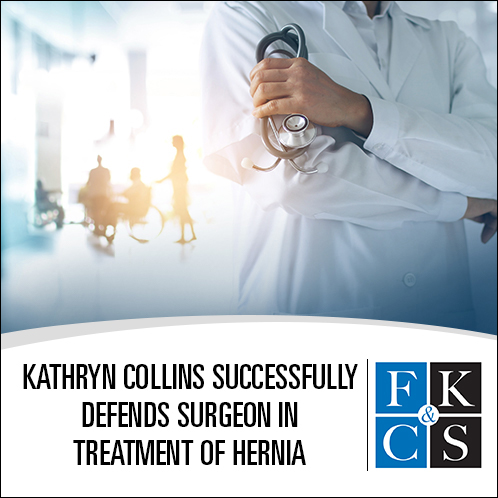 Kathryn Collins recently successfully defended a local surgeon in a Dutchess County lawsuit. The plaintiff claimed that the technique utilized to repair her inguinal hernia was antiquated and contraindicated as well as had an unreasonably increased risk of post-operative chronic pain when compared with the other techniques available at the time. The plaintiff claimed that alternative procedures, even those that included mesh, had a significantly lower risk of chronic pain post-operatively when compared with the tissue based repair utilized. Plaintiff consented to a left inguinal hernia repair with mesh however intra-operatively it was determined that mesh was not necessary and a tissue based repair was performed. Plaintiff claimed that the surgeon failed to obtain an appropriate informed consent given her claim that the tissue based repair had an increased risk of chronic pain post-operatively. The defense argued that the mesh based repair had inherently greater risks associated with it than the tissue based repair utilized and that during the informed consent discussion the surgeon appropriately discussed the potential for a tissue based repair. The defense further argued that the standard of care required the surgeon to obtain consent for the procedure which posed the greatest risk to the plaintiff, which in this case was the mesh based repair. Additionally, the defense argued that a surgeon should utilize the repairs that the individual surgeon is most comfortable with and has the most experience with and that the technique utilized in this case was one of multiple tissue based repairs that were available. After an almost 2 week trial, the jury found that the technique utilized by the surgeon was an acceptable technique and that there were no increased risks associated with it.