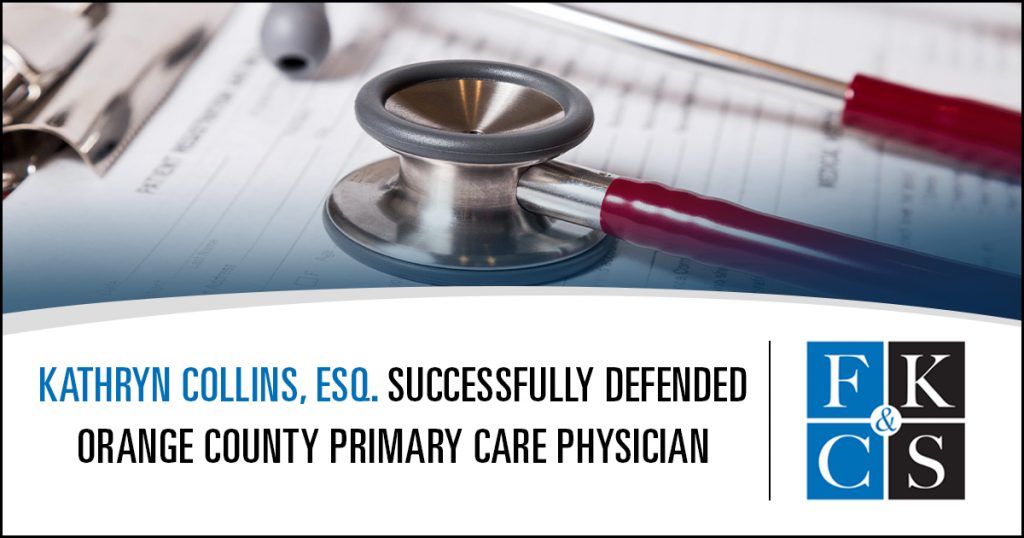 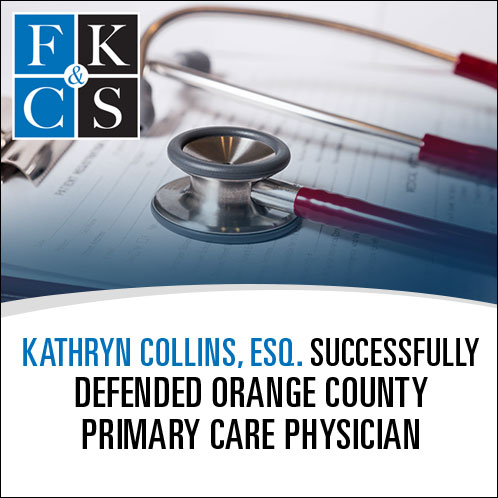 Kathryn C. Collins recently successfully defended a local primary care physician (PCP) in an Orange County lawsuit. The plaintiff claimed that the PCP failed to appreciate the significance of certain symptoms and as a result failed to timely diagnose a pituitary tumor over a period of 5 years. The plaintiff claimed that he presented to his PCP with symptoms of erectile dysfunction and vision deficits and that he complained to other healthcare providers of headaches at various times over a period of 5 years.  It was claimed that these symptoms taken together should have led the primary care physician to be suspicious of a pituitary tumor and order specific lab work as well as an MRI of the brain.

Plaintiff claimed that had such a work up been performed even 1.5 years prior to diagnosis, the plaintiff would not have suffered any permanent injury. Plaintiff also claimed that as a PCP, the defendant had an obligation to ensure that plaintiff followed through with referrals made by other healthcare providers. Plaintiff’s treating endocrinologist had been referring the plaintiff to an ophthalmologist on a regular basis however plaintiff never saw an eye doctor.  Plaintiff claimed that as a result of these failures and the alleged delay, he was now legally blind, suffers from chronic headaches as well as severe memory loss.

The defense argued that during the time that the plaintiff treated with his PCP the only complaint that he made was erectile dysfunction which was appropriately treated with Viagra. Further, since the plaintiff had the four largest risk factors for erectile dysfunction (Diabetes, Hypertension, Age and Medications), the defense argued, and plaintiff’s expert conceded, that the PCP’s responsibility in terms of differential diagnosis was limited to determining the most likely causes. Additionally, due to the plaintiff’s diabetes, he was being cared for by an endocrinologist who impressed upon the plaintiff at every visit that he needed to see an ophthalmologist for a yearly eye examination and even went as far as scheduling those appointments for the plaintiff.

The defendant also tried to impress upon the plaintiff the importance of these eye examinations, however plaintiff continuously failed to appear for his ophthalmology appointments.  The defense argued that had the plaintiff adhered to the recommendations of his healthcare providers and gone to any one of the multiple ophthalmology appointments that had been scheduled, the tumor would have been diagnosed earlier and there would have been no resulting permanent injuries.  The defense further argued that the standard of care was met by plaintiff’s PCP when the plaintiff was educated about the importance of the yearly eye exams and that the real failure was on the part of the plaintiff when he failed to take responsibility for his own healthcare.

After a one week trial, the jury found that the internist did not depart from the standard of care.