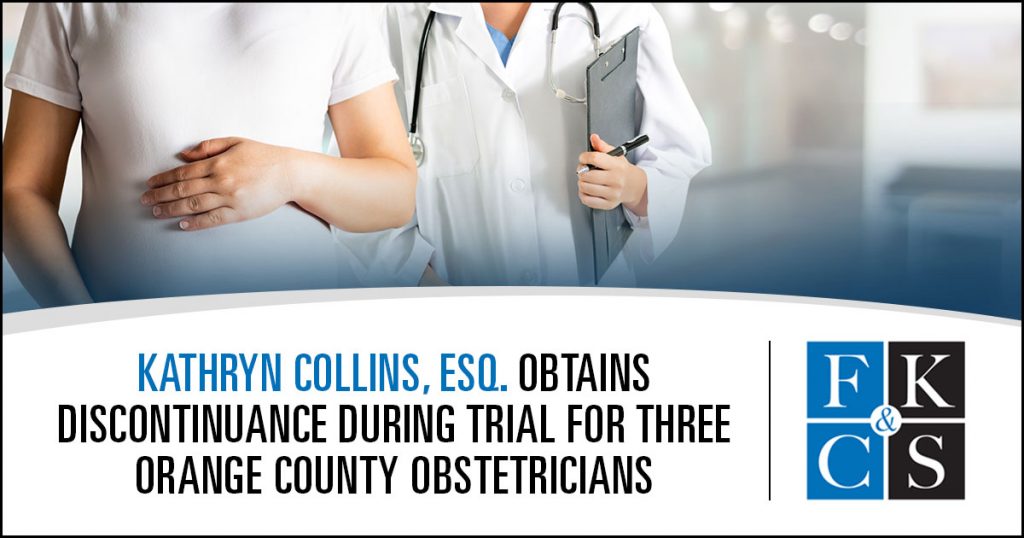 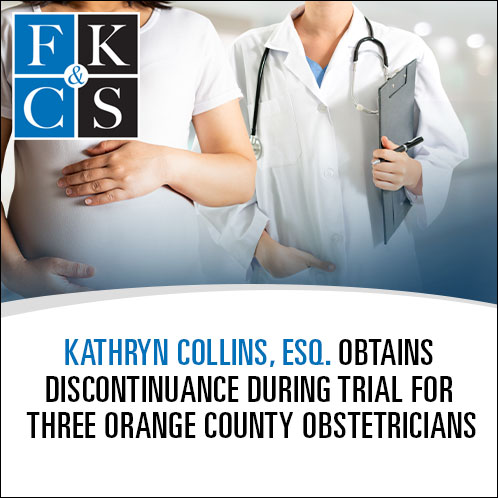 Kathryn C. Collins recently obtained discontinuances for her three clients, all Orange County obstetricians, during a trial involving claims of negligence leading to the development of e. coli meningitis in a premature newborn. The plaintiff claimed that during the pregnancy the mother suffered from an ineffectively treated e. coli urinary tract infection which was never truly cured and that during the preterm delivery of the infant the e. coli infection was passed from the mother to the infant leading to meningitis and resulting neurological injuries. The plaintiff claimed that the e. coli bacteria that caused the mother’s UTI was the same bacteria that was found in the infant in the days following the delivery.

The defense argued that not only was there no evidence of infection in the mother in the weeks leading up to the delivery of the infant but that there was conclusive medical evidence establishing that the infant’s strain of e. coli was different than the strain that had caused the mother’s UTI weeks before. Thanks go to our favorite microbiologist Brian Klein for his invaluable assistance in analyzing the various cultures.

During the early stages of trial, plaintiff’s counsel voluntarily discontinued the action as to the three Orange County obstetricians.