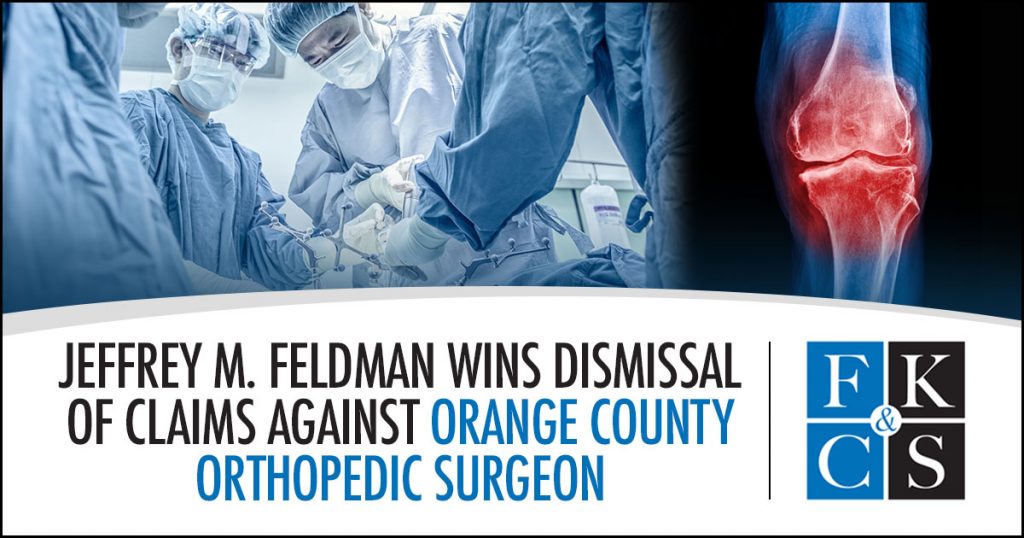 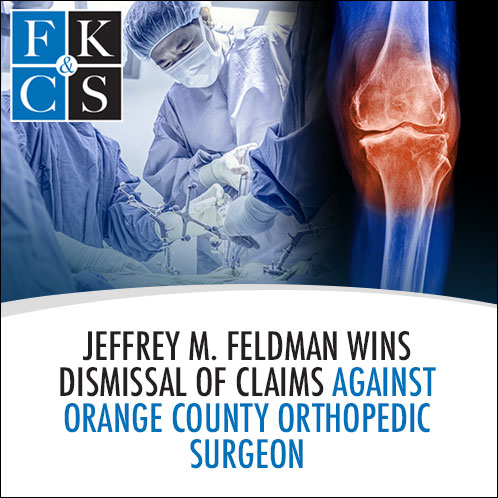 It was claimed that the patient developed a postoperative infection and that FKC&S’s client ignored it, thinking the patient’s pain was attributable to her CRPS. During the critical time period, approximately one month postoperatively, the plaintiff went to Orange Regional Medical Center – now known as Garnet Health Medical Center – in Middletown, NY and was seen by an emergency department physician, who aspirated some fluid from her knee. That physician did not believe she had an infection and gave her steroids, which would not have been prescribed if there was an infection.

The aspirate fluid was cultured, but the culture did not return a result for 12 days, which, coupled with other significant findings in the fluid, would tend to indicate that the culture result was of a contaminant rather than an actual infection. When advised of the culture result, FKC&S’s client prescribed oral antibiotics. Several weeks later, FKC&S’s client tapped the plaintiff’s knee again and the same bacteria grew out in three (3) days. She was admitted to the hospital, an incision and drainage (washout) was performed, and she was placed on intravenous (IV) antibiotics.

Jeff, through the testimonies of FKC&S’s client, an expert orthopedist and an expert in infectious disease, was able to demonstrate to the jury that the original culture (at the time) appeared to more likely be a contaminant based upon all of the factors noted on the report. When the second aspirate taken two weeks later returned the same culture result but with additional information inconsistent with being a contaminant, the proper diagnosis and treatment were rendered. A critical factor was the plaintiff’s pre-existing CRPS condition, which could have been significantly worsened had FKC&S’s client unnecessarily treated what appeared to be more likely a contaminant rather than an infection. The emergency department culture result could only be considered infectious in hindsight. The jury returned a verdict in favor of FKC&S’s client.