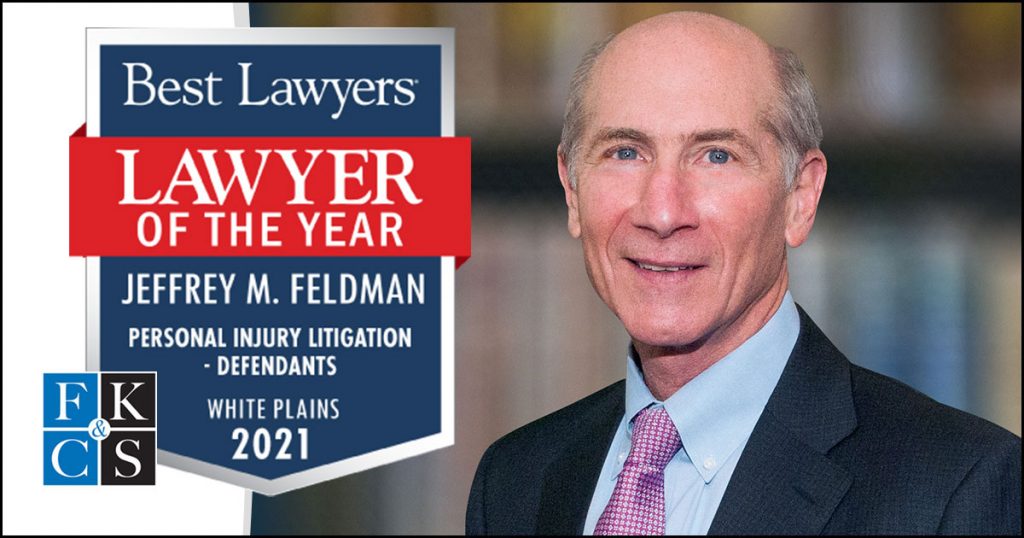 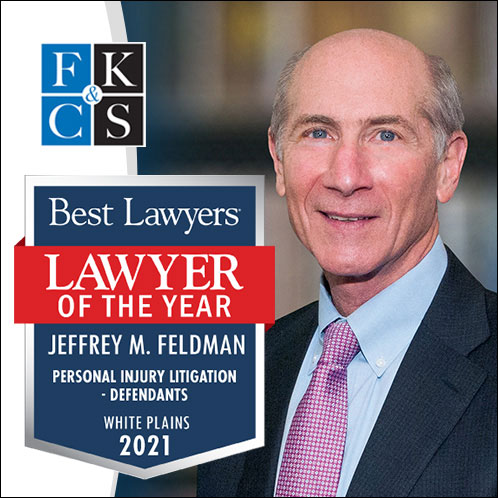 Feldman, Kleidman, Coffey & Sappe LLP (FKC&S) is excited to announce that its founding partner, Jeffrey M. Feldman, has been named the Best Lawyers® 2021 Personal Injury Litigation – Defendants “Lawyer of the Year” in White Plains, NY. This marks the second consecutive year that he is receiving this high honor, after having been selected by his peers as a 2020 Best Lawyers® Medical Malpractice Law – Defendants “Lawyer of the Year” in White Plains, NY. Feldman was also selected by his peers for inclusion in The Best Lawyers in America© 2021 in the Defendant fields of Medical Malpractice Law and Personal Injury Litigation in Fishkill, NY. Successfully trying cases at all levels of state and federal courts throughout the Hudson Valley and Capital District for more than 34 years, FKC&S has been recognized by U.S. News – Best Lawyers® “Best Law Firms” since its First Edition in 2010.

“I am incredibly honored to be feted by my peers in the 27th Edition of The Best Lawyers in America©,” said Feldman. “Words cannot adequately express how grateful I feel to be recognized among the best in the field.”

First published in 1983, Best Lawyers® employs an exhaustive peer review process, and only one lawyer in each practice area and community is honored with a “Lawyer of the Year” award. Feldman is being recognized in the White Plains metro area, which includes Poughkeepsie, Brewster, Newburgh, Pearl River, Kingston, New City, Suffern, Carmel and many other cities in the Hudson Valley region. For the 2021 Edition of The Best Lawyers in America©, 9.4 million votes were analyzed, which resulted in more than 67,000 leading lawyers being included in the new edition.