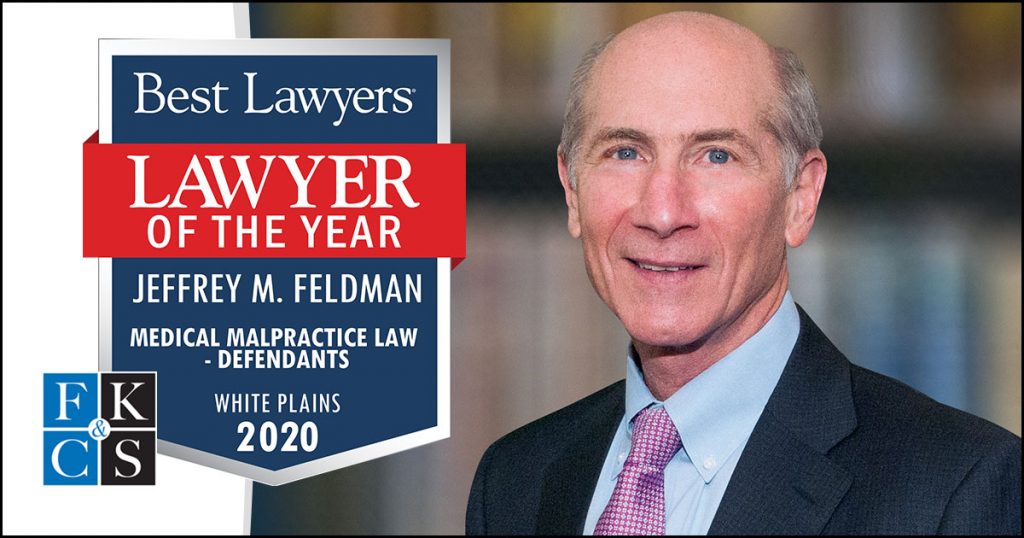 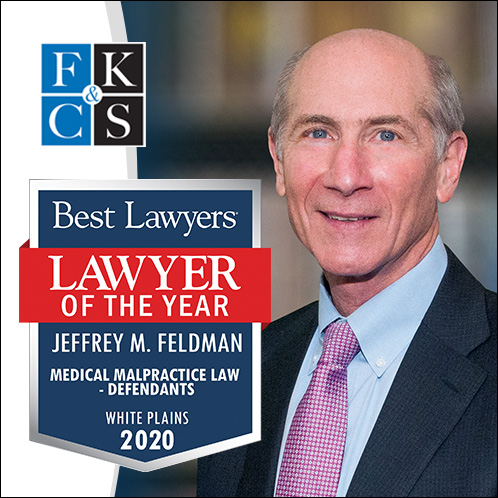 Feldman, Kleidman, Coffey & Sappe LLP (FKC&S) a Fishkill, New York-based law firm with clients throughout the Hudson Valley and Capital District, has announced that Founding Partner Jeffrey M. Feldman has been selected by his peers as a 2020 “Lawyer of the Year” award recipient for his work in Medical Malpractice Law – Defendants in White Plains, NY. The 26th Edition of The Best Lawyers in America© marks the 12th consecutive year that Feldman is being honored in the areas of Medical Malpractice Law – Defendants and Personal Injury Litigation – Defendants.

“For 12 consecutive years, Best Lawyers® has recognized our firm among the best in our field,” said Feldman. “It is an extraordinary honor to be named by my peers as a ‘Lawyer of the Year’ in 2020.”

First published in 1983, Best Lawyers® employs an exhaustive peer review process, which elicits substantive evaluations from leading lawyers within the same geographical and legal practice area. For the 2020 Edition of The Best Lawyers in America©, 8.3 million votes were analyzed, which resulted in more than 62,000 leading lawyers being included in the new edition. Only a single lawyer in each practice area and community is honored with a “Lawyer of the Year” award and Feldman is being recognized in the White Plains metro area, which includes Poughkeepsie, Brewster, Newburgh, Pearl River, Kingston, New City, Suffern, Carmel and many other cities in the Hudson Valley region.