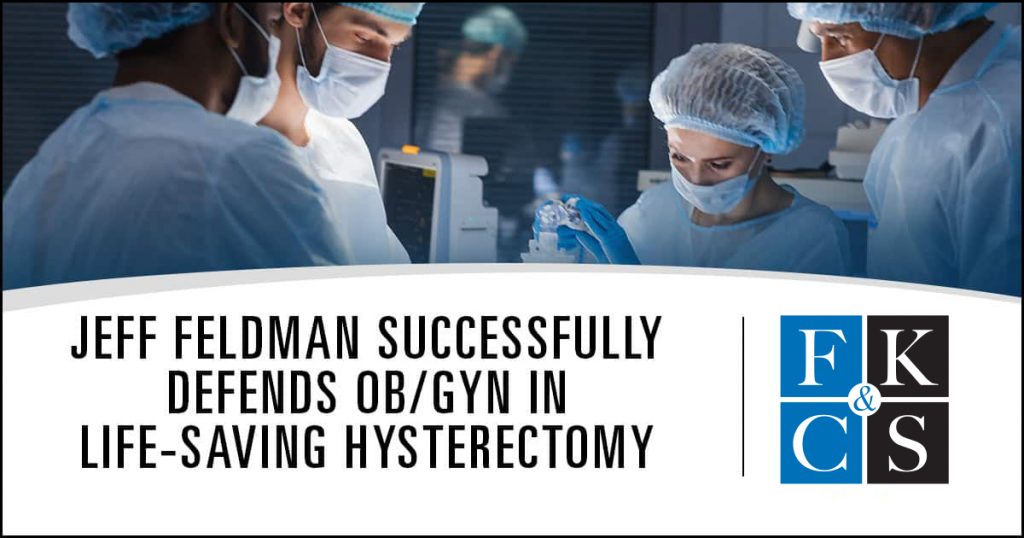 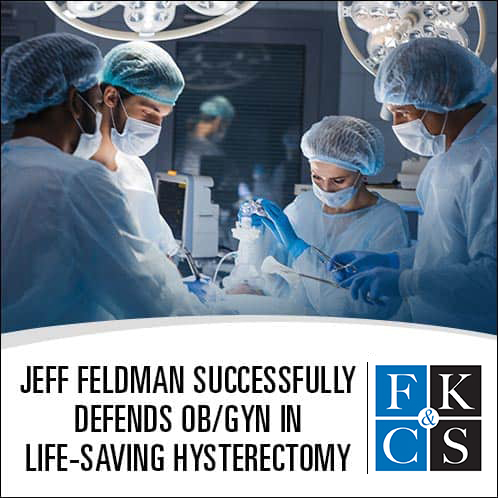 Jeff Feldman successfully defended a Newburgh OB/GYN in an Orange County Supreme Court trial. Plaintiff claimed that our client negligently performed a D&C, which resulted in the need for a hysterectomy. The 25-year-old mother of four had given birth 13 days earlier and returned to the hospital with a late post-partum hemorrhage. Plaintiff claimed that an overly exuberant D&C removed too much tissue, leading to a continued bleed and the ultimate need to remove the uterus which rendered her unable to have any further children. The jury unanimously found that our client’s care was appropriate, that plaintiff’s claims were belied by the various pathology reports which reflected a properly performed D&C. In sum, our client saved the patient’s life by virtue of his methodical care.