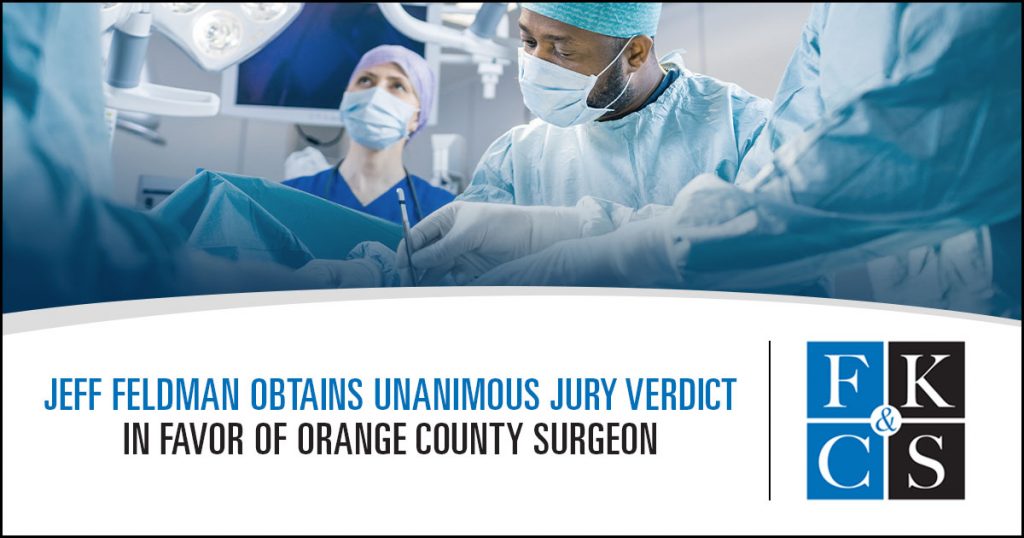 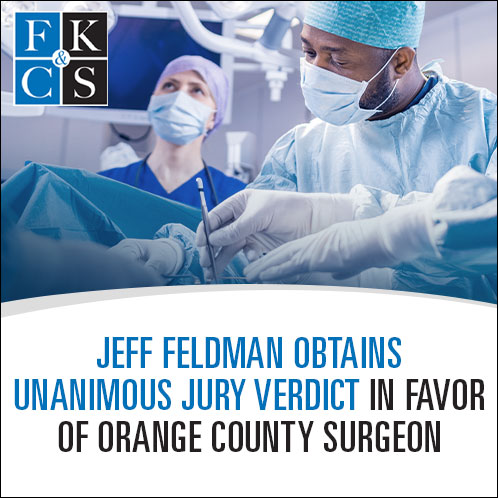 In June 2021, Jeff Feldman obtained a unanimous jury verdict in favor of an Orange County, NY hand and wrist surgeon in Orange County Supreme Court. The plaintiff, a resident of Sullivan County, claimed that Feldman, Kleidman, Coffey and Sappe LLP’s (FKC&S) client did not properly perform a distal ulna excision, did not properly stabilize the distal ulna at the completion of the surgery and did not properly inform him as to the risks, benefits and possible alternatives to surgery. The plaintiff had arthritis at the joint of his distal radius and ulna (DRUJ), as well as arthritis of some of his carpal bones, which together caused the patient pain, as well as severely limited motion of the non-dominant wrist.

The patient’s attorney requested more than five million dollars in damages to compensate the patient and his ex-wife for the two additional surgeries he underwent, the significant pain he experienced and the limited use of his non-dominant hand as a result of the three operative procedures he underwent (one by FKC&S’s client and two by another surgeon).

In one of the first medical malpractice cases tried to a verdict in Orange County Supreme Court, with all participants including jurors wearing masks, the jury unanimously found that FKC&S’s client properly performed the operative procedure and appropriately informed the patient of the risks, benefits and alternatives to the surgery. The jury found that the patient made an informed decision to proceed with surgery.