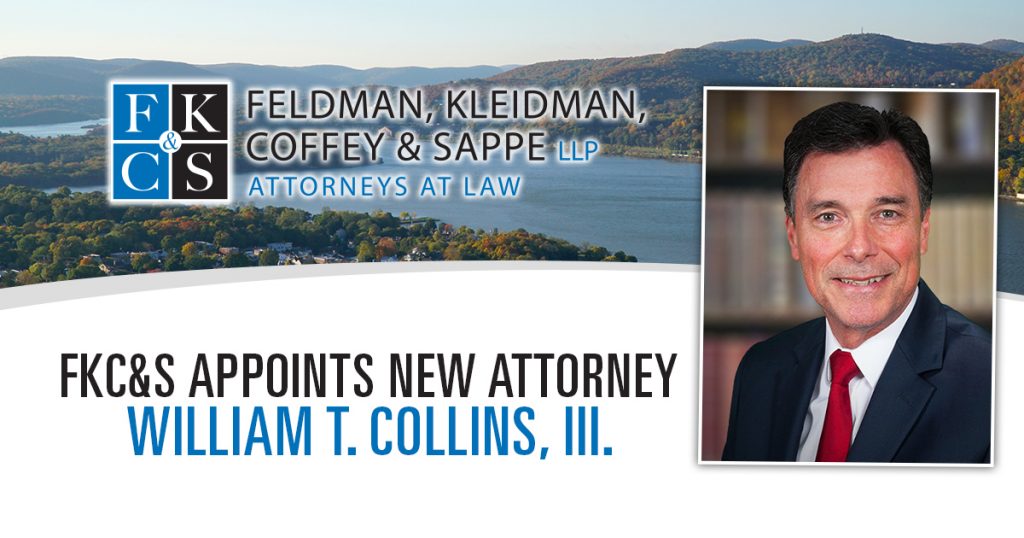 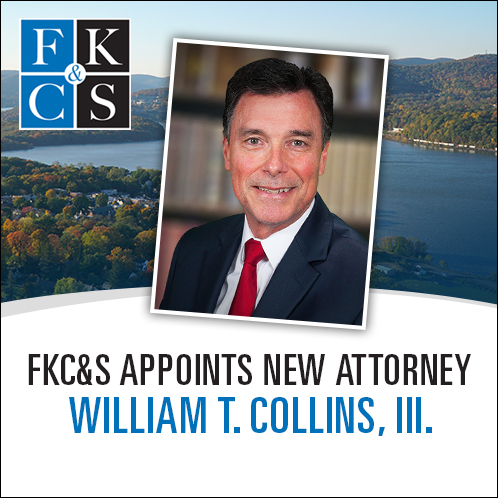 Continuing to expand its legal team, Feldman, Kleidman, Coffey & Sappe LLP (FKC&S), a Fishkill, NY based law firm specializing in personal injury law and professional liability defense, announced the addition of William (Bill) T. Collins of Brewster, NY. Bill is the second lawyer to join the FKC&S team this year, after Donald J. Scialabba who was appointed in June. Successfully trying cases at all levels of state and federal courts throughout the Hudson Valley and the Capital District for more than 33 years, FKC&S has been selected as a “Best Law Firm” by U.S. News & World Report for 11 years in row.

“We are thrilled to welcome Bill to our growing team of seasoned defense attorneys,” said Jeffrey M. Feldman, founding partner of FKC&S. “His expertise and ability to critically analyze complex medical issues will surely be an asset to our clients.”

Admitted to practice law by The Courts of the State of New York and the U.S. District Courts for the Eastern, Southern and Western Districts of New York, Bill joins FKC&S from Simmons Jannace Deluca, L.L.P. in Hauppauge, NY, where he worked for more than 16 years and served as a partner from 2012 to 2019. During his tenure at the firm, he tried and managed a caseload consisting of medical malpractice and general liability claims.

After receiving his Juris Doctorate from Hofstra University School of Law in 1999, Bill joined the law firm of Furey, Furey, Leverage, Manzione, Williams & Darlington, P.C. in Hempstead, NY, where he assisted partners in preparing defense of medical malpractice and labor law claims from initial case assignment through settlement. Bill currently resides in Brewster, NY, with his wife and five children. Licensed as a captain by the U.S. Coast Guard, he enjoys a variety of outdoor activities including boating, saltwater fishing and cheering his children on at sporting and arts events.