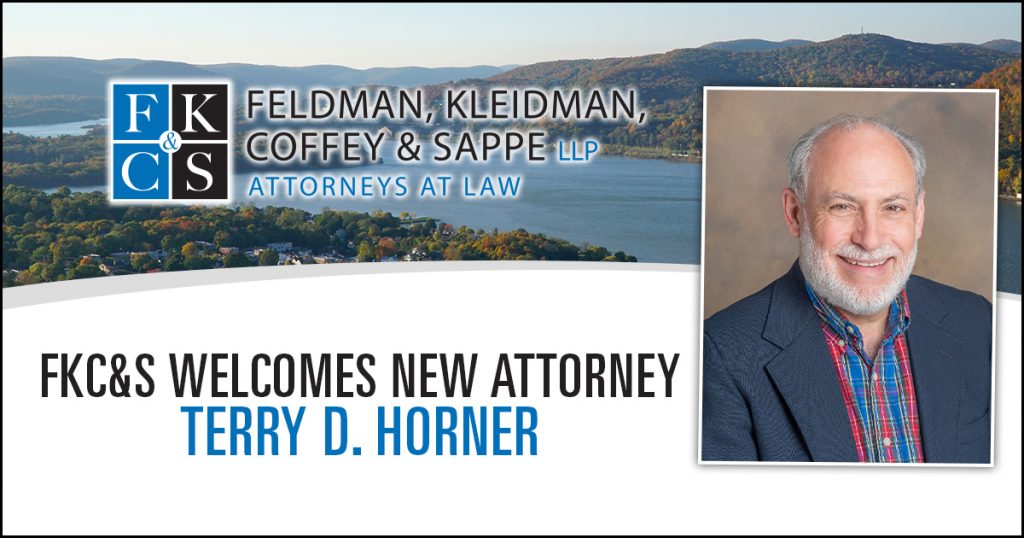 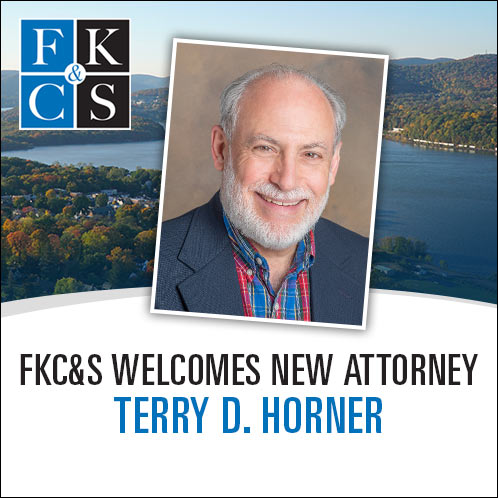 Feldman, Kleidman, Coffey & Sappe LLP (FKC&S), a Fishkill, NY based law firm specializing in personal injury law and professional liability defense, announced that Terry D. Horner of Poughkeepsie, NY has joined its award-winning legal team. The firm, which has been recognized by U.S. News – Best Lawyers® “Best Law Firms” since the first edition in 2010, has been successfully trying cases at all levels of state and federal courts throughout the Hudson Valley and the Capital District for more than 33 years.

“Terry is a phenomenal attorney with a rich and wide array of experience in the field of law,” said Jeffrey M. Feldman, founding partner of FKC&S. “His expertise in the areas of medical malpractice and personal injury law combined with his deep love of our local community are qualities valued deeply by our team at FKC&S.”

Prior to joining the FKC&S team, Terry owned and operated his own law practice, Law Office of Terry D. Horner, in Poughkeepsie, NY, from 2009 to 2020. Areas of focus during his time as a solo practitioner include civil and criminal appeals, commercial and general civil litigation, counsel to the bar for research and legal writing, election law and local criminal court practice. A seasoned attorney, Terry was a partner at Finkelstein and Partners LLP in Newburgh, NY between 1994 and 2009. During his tenure there, he briefed and argued interlocutory and final appeals in personal injury matters, drafted pleadings and disclosure in selected cases, including professional malpractice matters, and researched and drafted substantive and procedural motions. Terry, who earned his law degree at Brooklyn Law School, has litigated insurance coverage, professional malpractice and general liability matters throughout his career.

A resident of Poughkeepsie for nearly 36 years, Terry is a community-minded person with a passion for classical and traditional music. He formerly served as president of the Mid-Hudson Camerata Chorale and currently holds the title of vice president of the board of directors for the Stringendo Orchestra School of the Hudson Valley. Terry and his wife, Elizabeth, have been married for 26 years and have three grown children.