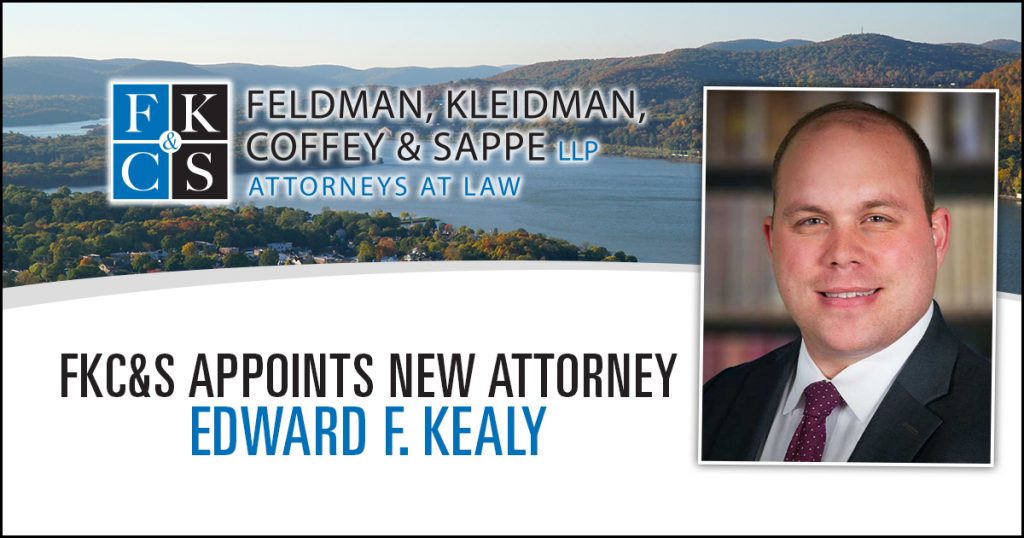 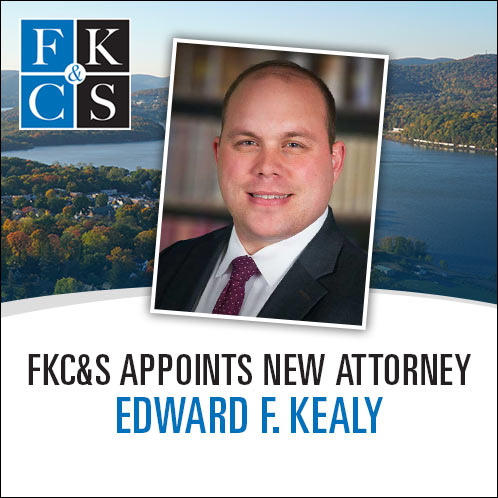 Feldman, Kleidman, Coffey & Sappe LLP (FKC&S), a Fishkill, NY based law firm specializing in personal injury law and professional liability defense, announced the addition of Edward F. Kealy of Stormville, NY, to its award-winning legal team. Successfully trying cases at all levels of state and federal courts throughout the Hudson Valley and the Capital District for more than 33 years, FKC&S has been selected as a “Best Law Firm” by U.S. News & World Report for 11 years in row.

“We are pleased to welcome Ed to our growing legal team,” said Jeffrey M. Feldman, founding partner of FKC&S. “Each of our seasoned defense attorneys bring a diverse range of experience and passion to the table and Ed is no exception.”­­

Ed joins FKC&S from Catania, Mahon, Milligram & Rider, PLLC in Newburgh, NY, where he worked for more than four years and litigated defense matters from inception to resolution, including medical malpractice, general liability claims and municipal/school liability cases. Previously, he worked as a team lead, specializing in new client onboarding, for JP Morgan Investment Bank in New York City. Ed was admitted to practice law in New York State and the U.S. District Court for the Southern District of New York in 2014 and in New Jersey in 2013.

While earning his Juris Doctorate degree at Pace University’s School of Law, Ed served as a legal intern for ITT Corporation and Sony Electronics, where he assisted with research, contract review and other key steps in the litigation process. Originally from Stormville, NY, he attended the University of Delaware where he met his wife. There, Ed earned his Bachelor of Arts degree in political science and history, with a concentration in journalism. Outside of the office, he enjoys spending time with his family, rooting for the Giants and Yankees and golfing.