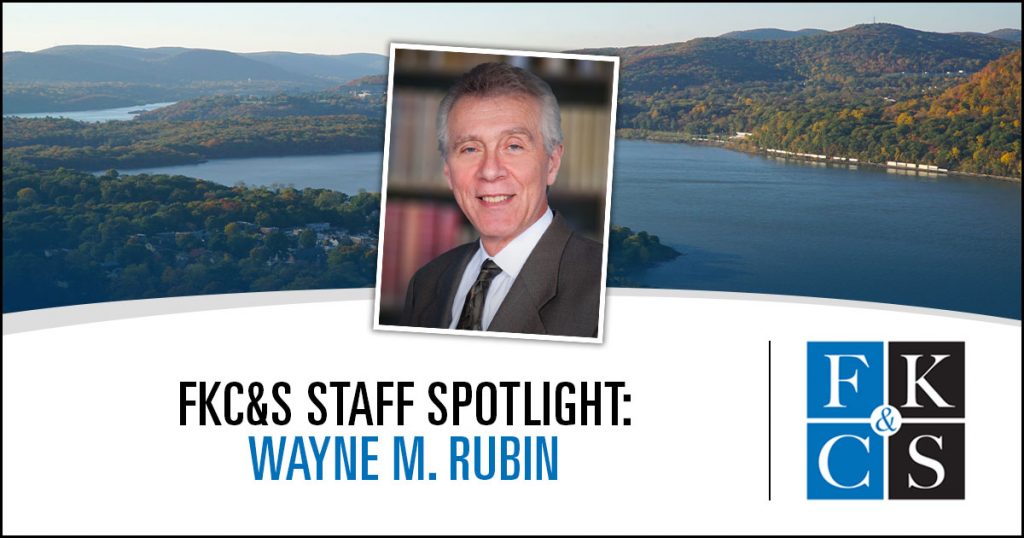 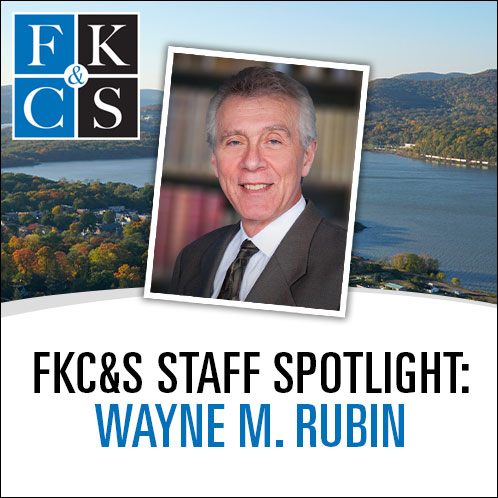 Appellate and medical malpractice attorney Wayne M. Rubin joined the Feldman, Kleidman, Coffey and Sappe LLP (FKC&S) team in 2012, and concentrates on personal injury law, professional liability defense, insurance coverage, appellate and motion practice. Wayne earned his master’s degree in psychology from the University of Colorado and law degree from the Cornell University School of Law. He is admitted to practice in all state and federal courts in New York. Wayne resides in White Plains with his wife, Judy, and they have two sons. Learn more about why he loves living in the Hudson Valley, who inspires him most and more in this staff spotlight.

What do you love most about living and working in the Hudson Valley region?

How did you decide to pursue a career in law?

While a graduate student in experimental psychology, I became friendly with a couple of law school students, and what they were studying and doing seemed more interesting than what I was doing and studying.

What do you like most about your job at FKC&S?

Working with excellent attorneys and staff.

Who inspires you most and why?

My father, who has passed, was a great inspiration. He was first generation American, and his father died when he was eight. He fought in the infantry during World War II in Europe and was awarded two bronze stars and two purple hearts. In addition to providing for his family, for years he volunteered as president of the local mental health clinic, helping to make it a model for communities in the area.

Where is your dream vacation spot?

The track and field venue at the Paris Olympics.

What do you enjoy doing outside of work?