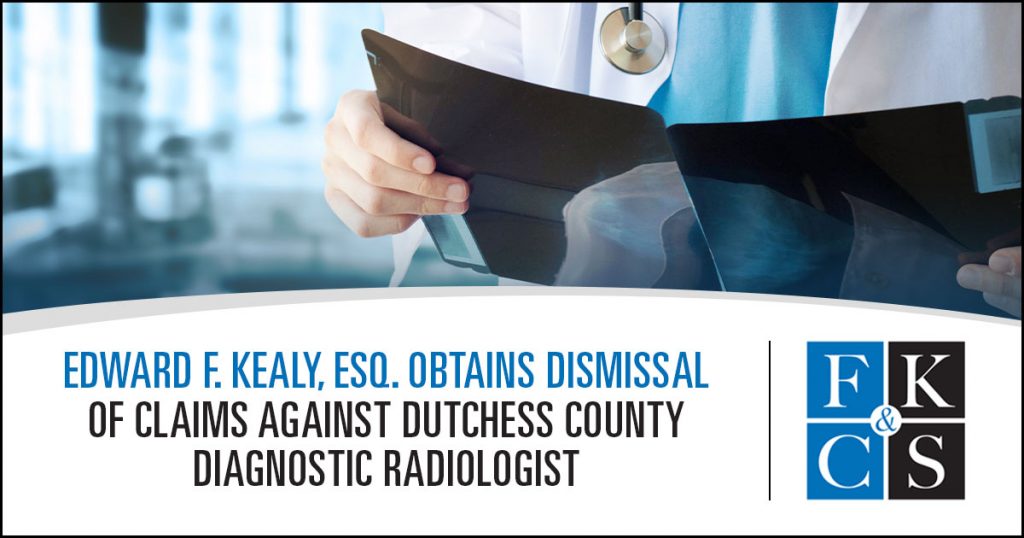 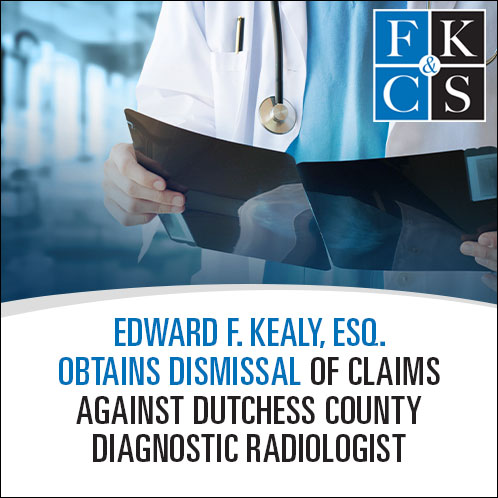 Edward F. Kealy recently obtained a dismissal for a Dutchess County diagnostic radiologist in a case involving the alleged failure to properly interpret a breast ultrasound in a patient who ultimately developed breast cancer. It was the plaintiff’s claim that the radiologist failed to observe a suspicious irregular mass on her ultrasound, which the plaintiff claimed should have led to earlier diagnosis of her breast cancer.

FKC&S filed a motion for summary judgment seeking dismissal of the claims on behalf of its client, arguing that the radiologist’s interpretation of the breast ultrasound was accurate, and that there was no irregular mass present in that study. Additionally, FKC&S submitted expert proof that the area in which the plaintiff’s cancer was ultimately biopsied and diagnosed was completely different from the area in which it was claimed FKC&S’s client purportedly failed to report an irregular mass.

In opposition, the plaintiff made two arguments. Firstly, they argued that the reason the cancer was diagnosed in a different part of the breast than the area in question was due to incompetence by the technician who took the images. FKC&S pointed out that this was a theory of liability raised for the first time in opposition to their client’s motion for summary judgment, and therefore was improper. Moreover, the plaintiff’s argument was based on pure speculation in an attempt to explain why the alleged mass was nonexistent in that study.

Secondly, the plaintiff argued that the assignment of “clock positions” in interpreting a breast ultrasound was subjective, and that a lesion will shift if the breast is positioned differently in subsequent exams. As pointed out in  FKC&S’s motion, the assignment of clock positions is the manner in which radiologists identify lesions on a breast ultrasound, which is precisely what their client did.

The court agreed with the arguments set forth in FKC&S’s summary judgment motion and found the plaintiff’s arguments in opposition to be speculative and without merit. On that basis, the court granted FKC&S’s motion for summary judgment and dismissed all claims against its client, finding that the interpretation of the ultrasound was proper.