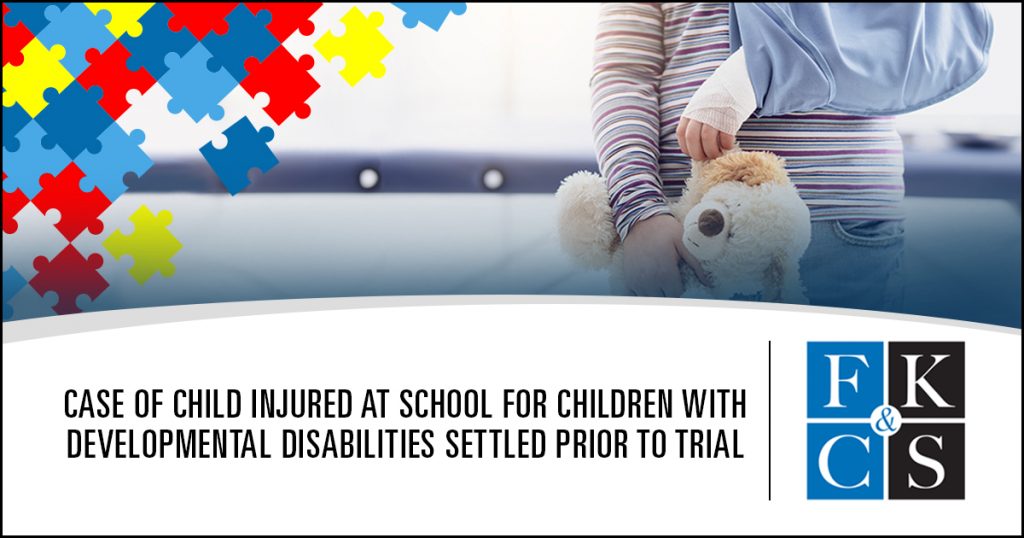 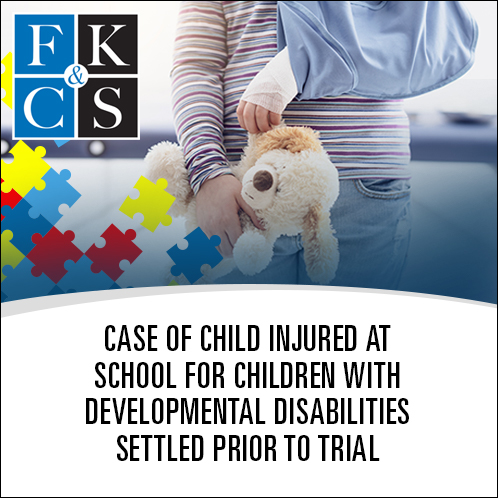 A ten-year-old child (with severe Autism) attended a special school for children with developmental disabilities. An aide was guiding the child between classes, holding his left arm. When the child became frustrated and dropped to the ground, as he was known to do, the pressure from the way the child was being held by a trained staff person caused a fracture of his left arm. During depositions, it became clear from testimony from the school’s own witnesses that the school’s defense of “this was sudden and not foreseeable” was not true. What was true is that the staff member used an improper, unsanctioned, unsafe method to “hold” the infant plaintiff. The child required multiple surgeries. He is left with mild restriction of motion but has been cleared to return to all activities. The case settled before trial for $450,000.