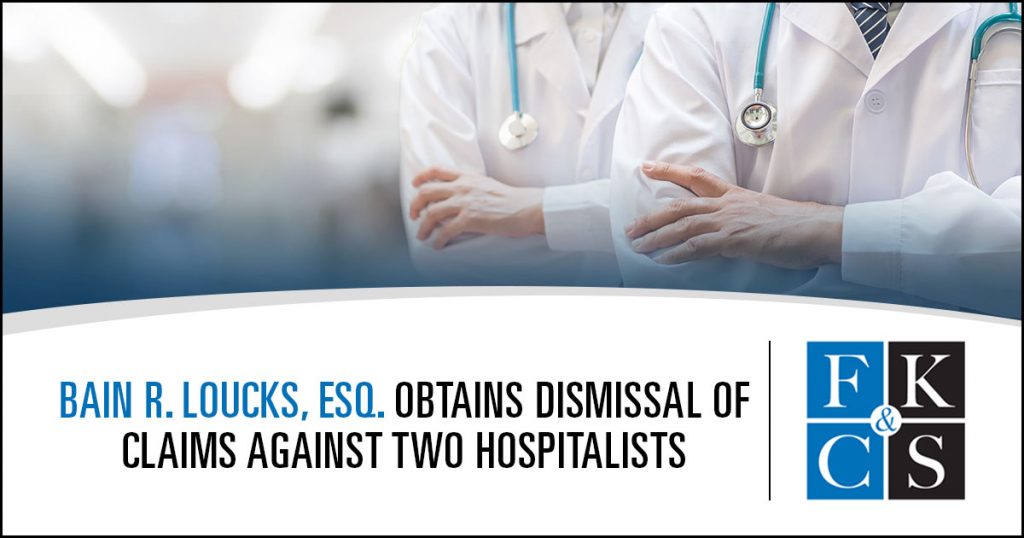 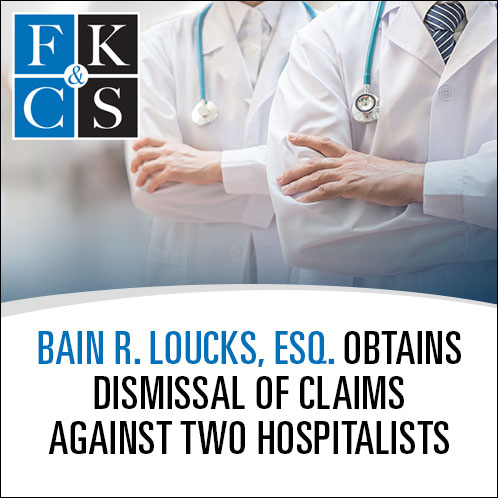 Bain R. Loucks recently obtained a discontinuance for two Orange County hospitalists after a plaintiff alleged that they were negligent in, among other things, failing to diagnose a bowel perforation, sepsis and multi-organ failure.

After passing out on her way to bed, unable to be awakened by her husband, the plaintiff was taken by ambulance to a local hospital. She was treated in the emergency department of a local hospital where she was noted to be awake but slurring her words. It was initially thought that the plaintiff’s symptoms were caused by her accidentally overdosing on her narcotic medication, so she was given several doses of Narcan and, according to the hospital chart, reflected some improvement. However, the plaintiff’s labs were worsening and she began to develop abnormally rapid breathing. As such, the emergency physician called FKC&S’s hospitalist client, to admit her to the intensive care unit.

FKC&S’s client saw the plaintiff and noted that she began to desaturate, became hypotensive (low blood pressure) and had a high respiratory rate and very shallow breathing. Accordingly, he intubated the patient to stabilize her failing respiratory status. FKC&S’s client consulted with a critical care specialist as well as a nephrologist, and it was determined that the plaintiff needed dialysis, which was not available at that hospital. As such, FKC&S’s  client made a timely request that the plaintiff be transferred to Westchester Medical Center where dialysis was available.

In response to the plaintiff’s claim that FKC&S’s clients were negligent for incorrectly diagnosing her, FKC&S’s filed a motion for summary judgment seeking dismissal of the claims on behalf of its clients, arguing that the care and treatment rendered to the plaintiff was within the standard of care, and nothing that they did proximately caused any of the plaintiff’s damages. Based on the strength of the arguments in the motion, the plaintiff agreed to voluntarily discontinue the claims against FKC&S’s  clients, thereby obviating the costs and risks associated with a trial.