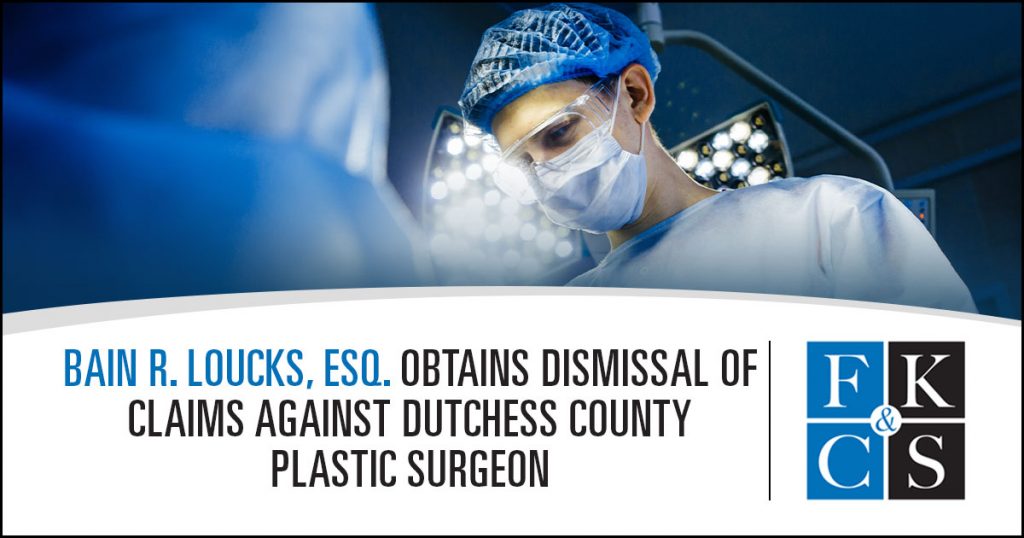 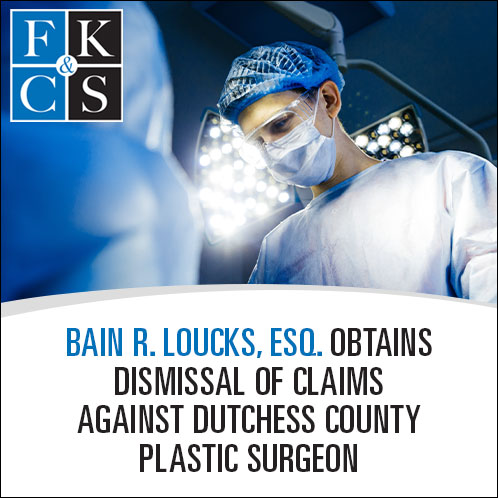 Bain R. Loucks recently obtained summary judgment dismissing claims against a Dutchess County plastic surgeon’s practice after a plaintiff alleged that an aesthetician employed by the practice was negligent in applying a chemical facial peel which purportedly exacerbated the plaintiff’s pre-existing rosacea. The plaintiff claimed that the peel was contraindicated due to the pre-existing condition.

After the completion of discovery, Feldman, Kleidman, Coffey & Sappe LLP (FKC&S) filed a motion for summary judgment seeking dismissal of the claims. To support the motion, FKC&S retained an expert witness board certified in dermatology. Relying on the plaintiff’s own deposition testimony, as well as his expertise in dermatology, the expert opined that the plaintiff did not have the kind of rosacea that would have contraindicated the chemical peel. As such, there was no deviation from the standard of care in applying the peel.

The expert further opined that it was a superficial peel and only affected the outermost layer of the epidermis. Therefore, the plaintiff failed to demonstrate that the peel caused any exacerbation of her pre-existing rosacea condition or any of the complaints she made following the peel.

Given the strength of the motion papers and the expert’s opinion, the court dismissed the claims.