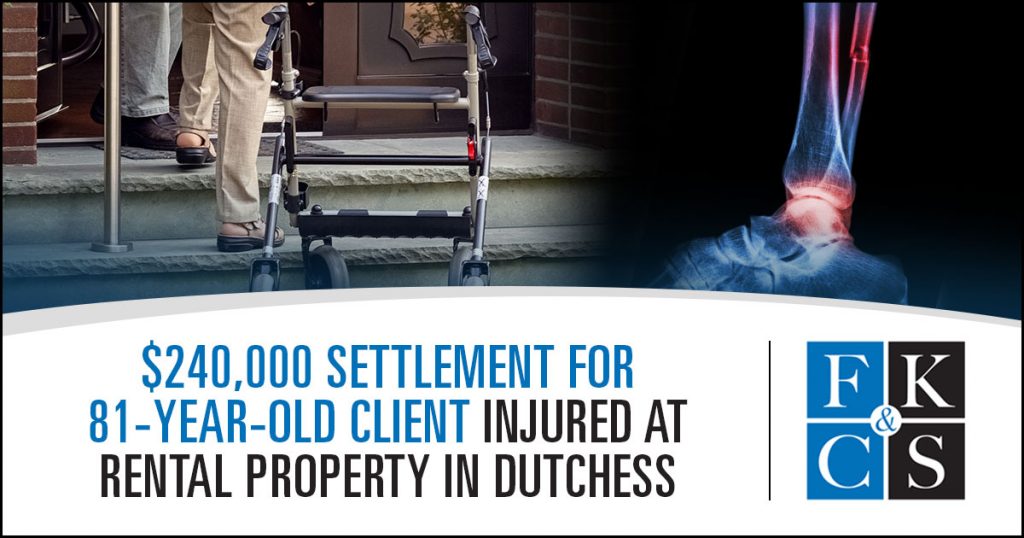 In October 2020 Feldman, Kleidman, Coffey & Sappe LLP’s (FKC&S) 81-year-old client, who resides in Conway, SC, was visiting her grandchildren and great-grandchildren in Poughkeepsie, NY. The house her grandson was renting was located on a horse farm and the exterior step into the house was too high – not up to code.

FKC&S’s client, who ambulates with a walker due to arthritis, put too much pressure on her right leg stepping up to the front door and it snapped. She was taken by ambulance to MidHudson Regional Hospital where she had surgery to fix her leg.

Following the incident, a suit was filed against the owners of the home. The defense claimed that since it was agricultural property, the building code did not apply, which is not the case if the building is used as a residence. They also claimed that FKC&S’s client had been there before, knew that the step was high and had needed assistance the last time she was there. After all parties were deposed, the case settled for $240,000.00.