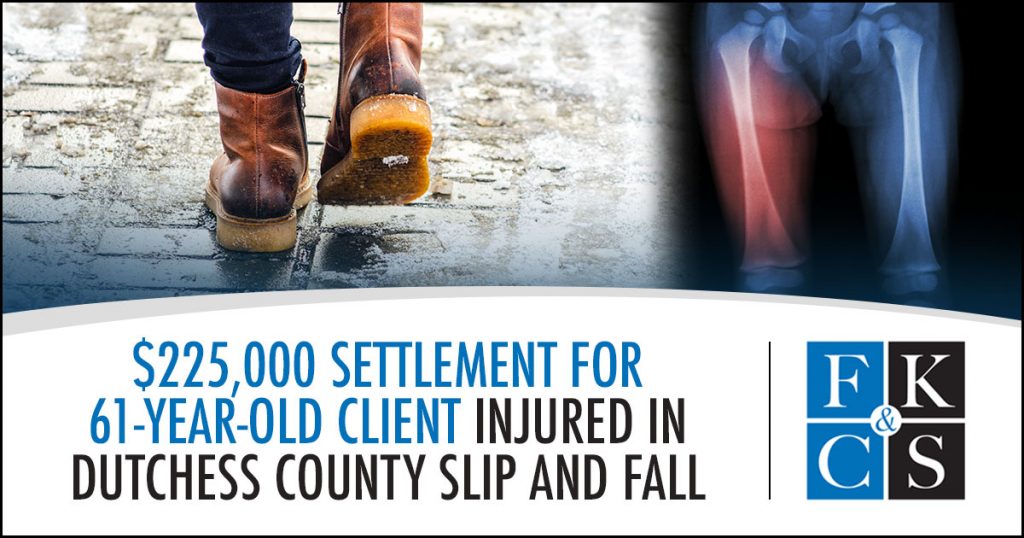 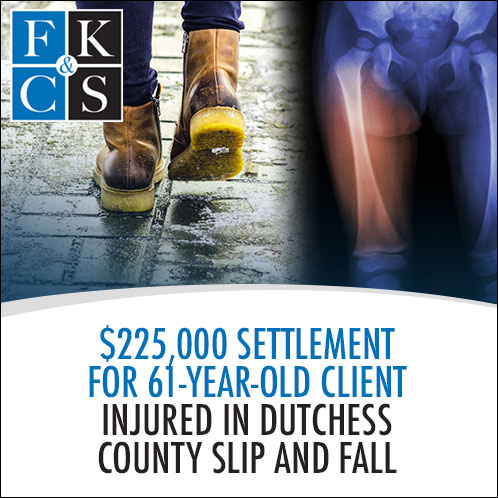 On December 7, 2019, Feldman, Kleidman, Coffey & Sappe LLP’s (FKC&S) 61-year-old client, a salesman from Hopewell Junction, NY, arrived at the U.S. Post Office in Pleasant Valley, NY. As he was unloading boxes from his vehicle for shipping, he slipped and fell on ice. He suffered a right torn quadriceps tendon and required surgery. The lot had not been salted or sanded and suit was filed against the owners of the premises.

At the deposition, it became clear that the owners did not inspect the premises between storms and had no mechanism in place to salt the lot regularly. The doctor who examined FKC&S’s client on behalf of the defense opined that he would be left with some permanent weakness. The case settled at mediation for $225,000.00.