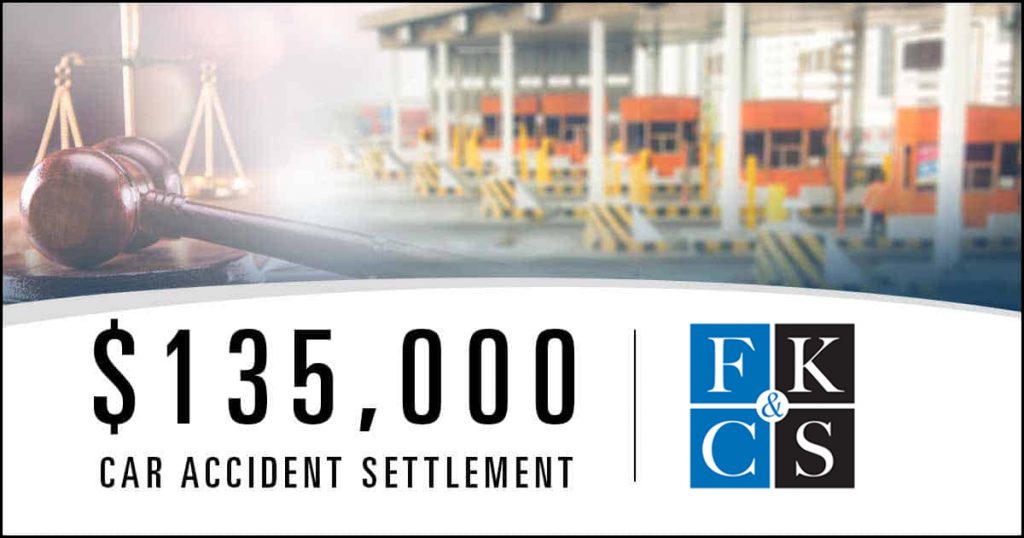 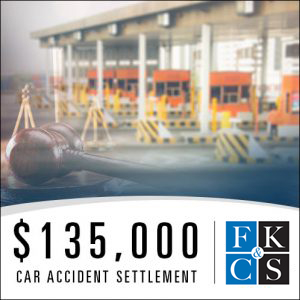 A 70 year old man was stopped at the toll booth for the Newburgh-Beacon Bridge when he was rear-ended. There was minimal property damage to the car and he drove himself home. An MRI 2 months later showed tears of his meniscus of his right knee. He had an arthroscopy 5 months later and was better. He also aggravated degenerative changes in his shoulder and had a shoulder arthroscopy 2 ½ years after the accident. The case settled for $135,000 just before trial.